We love a good April Fools’ Day joke. Who doesn’t?

We pulled a pretty good one over our readers last weekend about Tiffany Trump launching a gay lifestyle brand. (For the record: She’s not.)

Similarly, our friends over at PinkNews tricked folks into thinking Disney’s new live-action remake of The Lion King would feature a gay Simba.

Most people picked up on the joke. But there were some who were genuinely upset about the idea of Simba the lion being a homosexual. Naturally, they took to Twitter to express their outrage. Some people continued tweeting about it days after it was revealed to be a joke.

Simba better not be gay in the lion king cause he wasn't gay before. Nothing against gays but thats unnecessary

I will be pissed if Disney makes Simba gay and rerelease Lion King. At this point, trans and homosexuality is being forced.

Bruh they are really making the lion king gay. I don't understand.

Simba gay now. Who fuckin idea was this. Ruining one of the greatest movies of all time. Soooooooooooooooo shook.

I'd hate to see Simba gay but hey, I won't watch it and I won't show it to my kids.

of all the Disney movies, y'all make Lion King gay?? like do animals even have sexual orientation. Bruh c'mon.

They making simba gay in the new lion king? Always knew that movie was trash

Personal opinion, if they make Simba in the new Lion King gay I'll be highly upset. Simba mates with Nala and becomes king. It's simple.

For the record: Simba will not be gay in the upcoming live action remake of The Lion King. Honestly, there’s no need for any additional gay subplots. He already has two adoptive gay dads, Pumbaa and Timon. 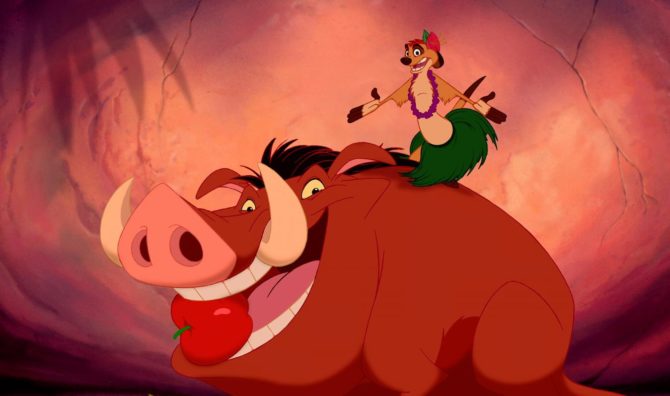