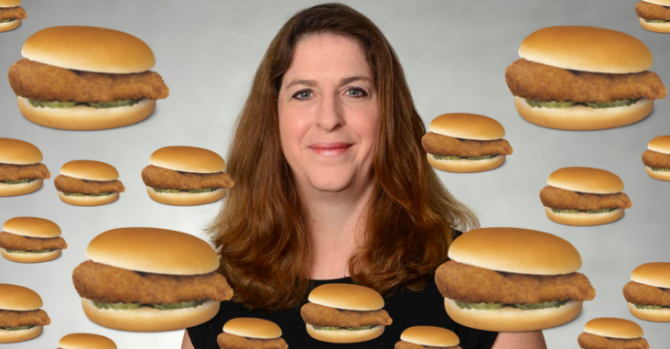 A Dean at Rider University in New Jersey has resigned in protest over a school decision to not allow noted homophobic fast-food chain Chick-Fil-A on campus.

Cynthia Newman, Dean of the College of Business Administration, abruptly stepped down from her role, citing feelings of “personal attack.”

“I felt like I had been punched in the stomach when I read that statement because I am a very committed Christian,” Newman lamented to a college news site.

She added, “I really felt it very personally.”

Newman took umbrage to Rider University’s decision not to invite Chick-Fil-A to open a branch on campus. Though the student body had expressed interest in having the greasy fast food chain, faculty had reservations over the restaurant’s very long history of anti-LGBTQ policies.

“Chick-Fil-A was removed as one of the options based on the company’s record widely perceived to be in opposition to the LGBTQ+ community,” University President Gregory G. Dell’Omo said in a letter to the student body.

We understand that some may view the decision as being just another form of exclusion. We want to be clear that this was not the spirit in which the decision was made. We fully acknowledge an organization’s right to hold these beliefs, just as we acknowledge the right for individuals in our community and elsewhere to also personally hold the same beliefs.

Unsatisfied with the University’s protection of its LGBTQ students, Newman resigned her position in protest. Not fully willing to put her money where he mouth is, however, she will remain on staff at Rider as a faculty member.

Related: Trump served greasy Chick-fil-A to guests in the White House because of course he did