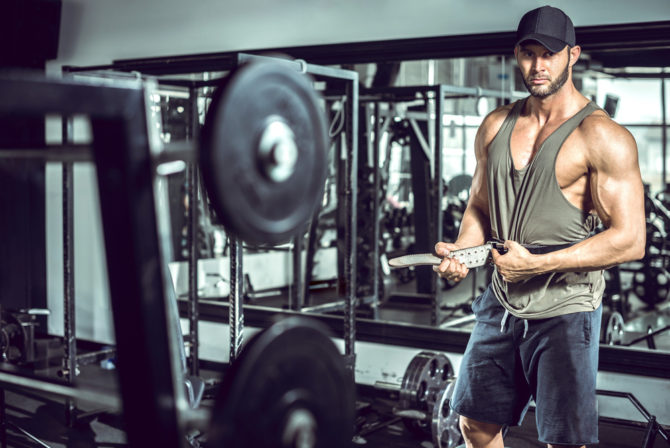 How many times have you seen the term “jock” on a hookup app and wondered what exactly it means? Is it a guy who plays sports? Or a guy who likes watching sports? Is he a body builder? Does he have a six pack? Or does he just work out a couple of times per week? Maybe he doesn’t work out at all?

The good folks over at Gay Pop Buzz asked different guys to define what “jock” means to them. Let’s take a look at some of their responses…

Mike, 30, defines a jock the most literally:

I work out a lot at the gym and prefer to meet guys who do the same. So when I put that in my description [gay jock] it’s my way of letting people know my body type and what I’m looking for.

Bruce, 36, has a similar but slightly different interpretation:

When I was in high school and college, I used to play different sports. I’m still active at the gym five days a week and play volleyball. So yeah, to my mind, I feel OK with calling myself that.

Then there’s Dan, 27, who says “jock” is less of a physical trait and more of a behavioral one:

It’s simple. When I use the term [gay jock] it means that I am a masculine guy and that I prefer to hook up with guys who are the same. It means you act like a man.

It should be obvious. A jock is a masculine top that has a nice size d***! If you look at my profile, I tell everyone I’m 9 with a built body. Do you want to hook up so I can show you?

Meanwhile, Keith, 25, says a jock is someone who wants to be discreet:

When you see that word [jock] it means the guy is guy isn’t out. Only my close friends know I am gay but nobody else does. I’ve always used it to let people know I’m not open to everyone. I just like getting BJ’s anyway. Am I doing it the wrong way?

Jimmy, 41, somehow associates a jock with being… a pig?:

I’m into piggy and like guys who let me breed them out. Guys I usually hook up with like a nice, thick load from someone athletic. So in my bio, that’s why I have jock. It’s worked well ever since I’ve put it in there.

And then there’s Scott, 42, who says “jock” just means a guy who likes to watch football and stuff:

I’ve always thought it meant you were into sports and watched ESPN. I don’t work out as much as I used to but I still go to the gym. I still play tennis. Should I take it out of my profile?

How do you define the word “jock” on a dating profile? Share you interpretations in the comments…