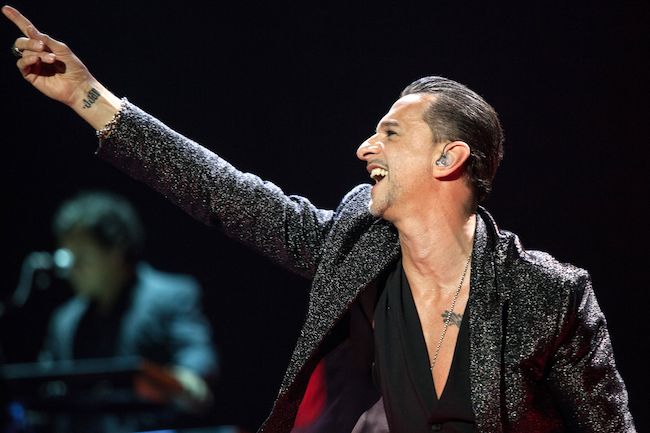 Further evidence that everything is terrible: Never-not-punchable neo-Nazi Richard Spencer has just declared Depeche Mode the “the official band of the alt-right.”

Of course, this is all news — fake news — to members of the long-running industrial-pop band.

Shortly before being whisked out of the Conservative Political Action Conference for being “repugnant”, he sarcastically invoked the band’s name to New York‘s Olivia Nuzzi:

Richard Spencer, asked if he likes rock music, says "Depeche Mode is the official band of the alt-right."

To be clear, he made no mention of New Order, possibly due to the viral video in which he’s punched repeatedly in the face to the beat of 1983 romper stomper “Blue Monday” …?

— Spencer decided to settle on the band behind decidedly not-evil 1984 anthem “People Are People,” which features the following palpably humane lyric:

Related: Bryan Fischer’s Gays-As-Nazis Slander Debunked By Holocaust Historian, Once And For All

Esquire, wasting no time in reaching out to the band for a quote, received the following from Depeche Mode’s apparently quite busy representative:

That’s pretty ridiculous. Depeche Mode has no ties to Richard Spencer or the alt right and does not support the alt right movement.

Spencer has since — heh? — made it clear that he was “joking”:

I was joking obviously. I'm a lifelong Depeche Mode fan.

If any clarification is needed as to what Depeche Mode could possibly think of this fresh taint on their name, look no further than new single “Where’s the Revolution?” —

— which, through our lens, roughly translates to: