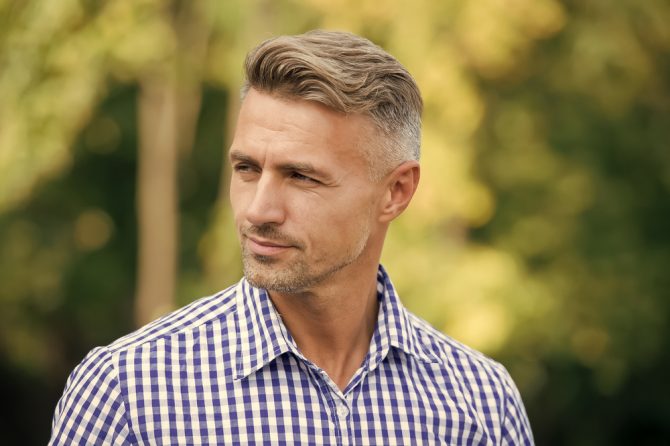 A gay man who has a thing for daddies isn’t sure if his new daddy boyfriend is OK with being called “daddy,” so he’s asking Rich Juzwiak over at Slate for advice on how to broach the subject with him.

“Since coming out, I’ve dated one guy my age, but all the other more serious boyfriends have been older,” the 29-year-old man says. “I guess I’ve always had a thing for older guys.”

Nothing wrong with that, of course.

The man continues, “When it comes to sleeping with these boyfriends (and hookups), I usually bottom and can’t help but call them ‘daddy’ when things really get going. I realized early on if I hold in that word, I get all up in my head and lose my erection, but once I can say it the sex is so much more satisfying.”

The man goes on to explain that his last boyfriend didn’t like being called “daddy,” which he found unusual “since he was 6’1, a tad bigger, and extremely hairy—literally a dad bod.”

“We discussed it a couple times, and he always landed on the word being OK for me to say but he wasn’t necessarily into it. This led me to be self-conscious during sex, and thus our sex life was not great.”

That guy is long gone and now the man has moved onto a new one. The new guy is 10 years older than him and also has a dad bod.

Now the man wonders, “Is there a way to figure out if he’s OK with me using ‘daddy’ during sex? It’s very important to me in terms of getting off, but what if he’s self-conscious about his age? His looks? Do I just yell it out in ecstasy the first time we do it and talk about it after? Or do I bring it up before?”

“How I could share the importance of the word ‘daddy’ during sex?” he asks.

In his response, Juzwiak recommends the man tread lightly, but not too lightly.

“I think your best bet is to find partners who actually identify (on apps or what have you) as daddies,” he writes. “Then there will be no ambiguity in appropriate terms of endearment.”

Otherwise, he says, he runs the risk of potentially offending his new lover.

“I think doing it first and then talking about it after is the best way, as calling someone ‘Daddy’ in all likelihood will not be met with out-and-out offense but indifference or moderate disdain, at worst.”

Juzwiak goes on to tell the man that making sure a daddy is OK with being called “daddy” is important because, if he’s not, then he’s probably not the right guy for him.

“Any daddy who balks at being called daddy is hardly the kind of daddy you want, anyway,” he says.

Of course, he could always give it a shot once just to see how the guy responds, sort of like a litmus test.

“Sex brain makes some stuff that sounds odd in theory actually work for some people, so bet on that,” he concludes. “Call your daddy ‘Daddy’ and if he disagrees, you’ll know he isn’t. Simple.”

How do you think this man should handle the situation? Sound off in the comments section below…