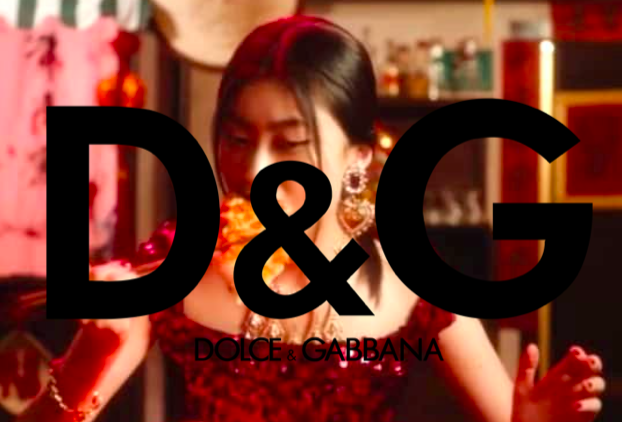 Another day, another controversy involving Stefano Gabbana of Dolce & Gabbana.

The luxury fashion house has once again found itself in hot water, this time over a series of racist videos it posted to social media.

The videos were created to promote the now-canceled “The Great Show” in Shanghai, which was being billed as D&G’s “tribute to China.”

The first video is set to stereotypical Chinese music and depicts a giggling Asian model in a sparkly dress struggling to eat a piece of pizza with chopsticks.

The second and third videos, which have since been deleted, showed the same model unable to figure out how to eat a cannoli and a bowl of spaghetti with chopsticks.

Not many people seemed to think so. A public outcry ensued, followed by so many brand ambassadors and models pulling out of “The Great Show” that D&G had to cancel the whole thing.

Stefano Gabbana, who has a long history of making inflammatory remarks, made the situation worse by allegedly firing off an angry message to fashion writer Michaela Phuong on Instagram.

In the DM, Gabbana claimed never wanted to delete the racist videos, and that they were removed because of his “stupid” office.

“China Ignorant Dirty Smelling Mafia,” he added, referring to China as “the country of (poo emojis)”.

He later took to Instagram to deny sending the message, claiming his account was “hacked”, and adding that he loves “China and the Chinese Culture.”

My Instagram account has been hacked. My legal office is working on this. I love China and the Chinese Culture. I’m so sorry for what happened.

As a result of the controversy, the brand, which first entered the Chinese market in 2005 and now has 44 boutiques in China, including four in Shanghai, rushed out a statement saying: “We are very sorry for any distress caused by these unauthorized posts. We have nothing but respect for China and the people of China.”

But this isn’t the first time D&G has been criticized for trashing China.

If #DGLovesChina, it sure has a funny way of showing it.