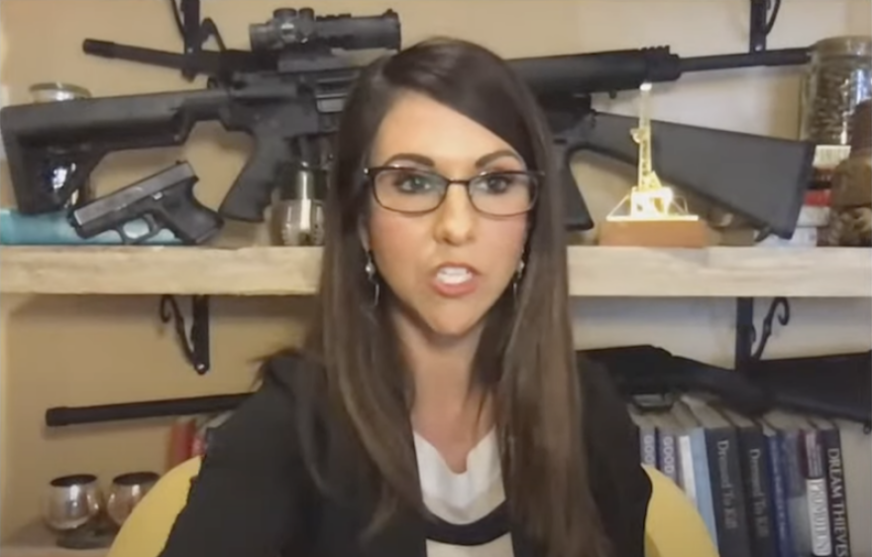 People are still absorbing the shocking news of a gunman who opened fire at a Colorado gay bar last night.

The attack happened at Club Q in Colorado Springs. 911 calls started rolling in shortly before midnight, and officers and ambulances arrived at the scene within minutes.

The suspect in the shooting at Club Q was identified as Anderson Lee Aldrich, according to Colorado Springs Police Chief Adrian Vasquez. He used a long rifle in the shooting, and two firearms were found at the scene, he said.

…The incident lasted just minutes. Police received numerous 911 calls starting at 11:56 p.m., officers were dispatched at 11:57 p.m., an officer arrived at midnight and the suspect was detained at 12:02 a.m.

The names of the five victims have not yet been released nor has Aldrich’s motive for the shooting, though the shooting is eerily reminiscent of the 2016 Pulse massacre in Orlando, Florida, during which gunman Omar Mateen killed 49 people and wounded 53 others.

All morning, community members, LGBTQ organizations, and elected officials alike have been issuing statements in response to yesterday’s mass shooting, offering their condolences to the victims’ families, calling for gun reform, and noting that the attack happened on the eve of Transgender Day of Remembrance, which happens annually on November 20 to memorialize those murdered as a result of transphobia.

“The news out of Colorado Springs is absolutely awful,” Boebert, who just narrowly won her reelection effort by less than 1,000 votes, tweeted. “This morning the victims & their families are in my prayers. This lawless violence needs to end and end quickly.”

The news out of Colorado Springs is absolutely awful.

This morning the victims & their families are in my prayers.

This lawless violence needs to end and end quickly.

Um… Seriously? Where do we even begin with this one???

Boebert, who owned a gun-themed diner called Shooters Grill until last July, has spent the past several years trolling LGBTQ people while voting against background checks and calling any sort of common sense gun reform “an all-out assault on the Second Amendment.”

She has a 92% approval rating with the NRA and a 0% rating with HRC and, in January 2021, co-signed a letter, along with more than 80 other Republicans, demanding Speaker Nancy Pelosi allow members of Congress to bring guns to work.

Oh, and last December she posted a photo of her four kids holding assault weapons in front of their family Christmas tree.

(No spare ammo for you, though) pic.twitter.com/EnDYuXaHDF

Glaringly absent from her thoughts and prayers, what community was targeted. This will explain why!! https://t.co/qUrxYbzhCq

You’ve spread constant hate about the LGTBQ community for years. You are part of this violence you hateful little fraud. You’re right there cheering it on.

What did you think would happen when you make an enemy out of people who don’t fit into your little box of normal, when you encourage people to arm themselves, and when you embrace groups founded upon racial hatred and violence?

You’ve spread constant hate about the LGTBQ community for years. You are part of this violence you hateful little fraud. You’re right there cheering it on.

This is completely disingenuous.

“Thoughts and prayers!” don’t save lives.

Y’all have been making the LGBTQ community the villains. This is on the Republicans that have been spouting it for 2 years. But I’m sure you won’t care and you’ll keep going.

You can start by not showing pictures of your family holding assault rifles. Time to stand up for the PEOPLE and not the NRA

You’re basically the leading sponsor of hating marginalized communities and promoting guns.
You own this, Boebert.

Save it Lauren, you have been very clear about being pro-gun and anti-LBGTQ. You don’t get to ignite a fire then cry for the victims.

Ironically, boebert, you might have more influence than just about any other American on this issue. Stop radicalizing your base to glorify guns and fear lgbtq+ people. start there if you really care.

How do you type with so much blood on your hands?