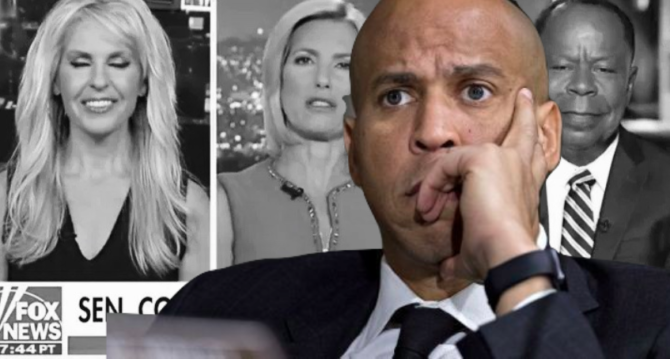 Sen. Cory Booker has found himself the subject of a  gay sex rumors on social media over the weekend. But not everyone is buying the B.S., including some Republicans.

The accusations were made on Twitter by an anonymous person claiming to be a “liberal, gay man” who alleges Booker sexually assaulted him in a workplace bathroom in 2014, shortly after Booker was elected to the US Senate.

#CoryBooker Sexually Assaulted Me
and why it won't matter to the #metoo movement. https://t.co/8VQuMGY8bj pic.twitter.com/D5DWnFmfzd

The whole document reads a bad romance novel. It details how the man heard a knock on the bathroom door. When he opened it, he saw Sen. Booker standing there looking at him in a seductive manner.

“Being a hero is a serious turn-on,” Booker allegedly said. “The Senate appreciates fine citizens like you. Especially this senator.”

Then he sexually assaulted him.

Not surprisingly, internet trolls, including Donald Trump Jr., have latched onto the story, creating the disparaging hashtag #BathroomBooker and calling for a full investigation into the 49-year-old senator from New Jersey:

Based on @CoryBooker’s rules when it comes to due process for accused sexual assaulters, we must assume he’s guilty until he proves otherwise by calling for an FBI investigation into himself. I assume he won’t be running for president until that investigation is complete.

But not everyone is so quick to jump on the #BathroomBooker bandwagon. On her show last night, FOX News host Laura Ingraham raised doubts about the story.

“I don’t like anonymous allegations,” she said. “We actually think everyone should wait for the details to come in before we say something like this, right?”

We have to say, we’re pleasantly surprised by Ingraham’s measured response to this whole thing. After all, this is the same woman who’s gay brother describes her as “a monster,” who made sport out of outing her gay classmates at Dartmouth, and who joked the solution to the trans bathroom issue was to make trans people wear adult diapers.

I don’t like it when people do this kind of stuff. I believe it is a smear. I mean, if you’re going to make an accusation — this is a supposedly a man making an accusation that something happened in a bathroom- if you’re going to make that kind of accusation you better put your name to it. Our point is a simple one. We have major media outlets during Kavanaugh rolling when this anonymous stuff and people like Cory Booker out there tarring Brett Kavanaugh because of the mountain of evidence, which ended up being nothing.