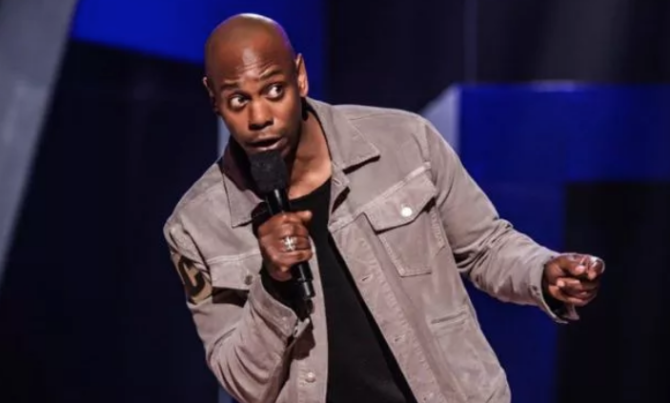 Roughly four months after he sparked outrage over a number of queer-themed jokes in his Netflix special The Closer, comedian Dave Chappelle is once again on the receiving end of intense, online criticism. His comedy has nothing to do with it this time.

On Tuesday, the town council of Yellow Springs, Ohio — where Chappelle resides — voted down its own plan to construct affordable housing on a 53-acre lot. Chappelle is credited with helping to kill the plan by threatening to leave, and take his money with him, if it passed.

Chappelle has fought against the plan for months, telling the city council in December, “Obviously I live behind the development, or the proposed development. I do have many business interests in town. I’ve invested millions of dollars in town. If you push this thing through, what I’m investing in is no longer applicable.”

He doubled down on his threat this week, appearing at a city council meeting and saying, “I am not bluffing, I will take it all off the table.”

Dave Chappelle was so angry that a housing project had an affordable component that he threatened to pull all his business investments out of the town, successfully reverting the project to just luxury single family homes pic.twitter.com/R1xhuXaNxT

Chappelle reportedly plans to open a restaurant and a comedy club in the town.

Dave Chappelle just did what all rich people do. Only he was stupid enough to do it in public instead of behind closed doors like the other assholes. https://t.co/8i3HwamLQb

Who had 'Dave Chappelle cancels affordable housing' on their 2022 bingo card? https://t.co/lNeJ2ljZ5Z

So in addition to being a transphobe, Dave Chappelle is also a NIMBY.

Here he is threatening to take his businesses elsewhere over a proposal that would have built $65 million dollars of affordable housing.

The housing plan died in a 2-2 vote after this.https://t.co/QihFtvRkKO

its hard to be less likable than james corden but here we go https://t.co/CAiZSeCSf4

Dave Chappelle coming out as a bad person is one of the more depressing elements of the last year, as a former Chappelle fan. https://t.co/rvdZvXxsEE

Dave Chappelle really spitting fire and speaking truth to power — by threatening to take his millions away from a small town if it provides affordable housing to working-class people. https://t.co/V1wVfBbUcn

Dave Chappelle will not rest until every last person has found something to dislike about him.