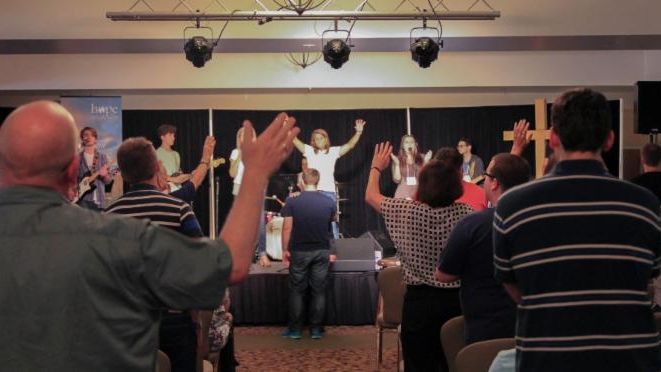 After 20 years of trying to pray the gay away, a prominent ex-gay clinic is closing its doors for good after coming to the conclusion that God’s just not listening.

Hope for Wholeness, formally known as Truth Ministries, has specialized in helping “those who struggle with homosexuality” to “find freedom to live according to God’s design” since 1999.

But after two decades of complete and utter failure, the group is finally throwing in the towel.

“It has been a tumultuous several years for us,” the ministry’s board writes in an email to supporters. “After much prayer and discussion, we have made the difficult decision to dissolve the organization. This was not an easy decision. But we do believe it is the right decision.”

The shuttering comes after two of the ministry’s most recent directors abruptly quit, and one year after its original founder, McKrae Game, came out as gay.

Last year, Game told the Post and Courier that conversion therapy is “not just a lie, but it’s very harmful.”

“I was a religious zealot that hurt people,” he said, reflecting on his 20 years with the ministry. “People said they attempted suicide over me and the things I said to them. People, I know, are in therapy because of me. Why would I want that to continue?”

He added, “I want all ex-gay ministry dismantled. We have harmed generations of people I hope they just give me the chance to talk to them so I can hear them out and apologize.”

The board’s email goes on to say that the ministry’s Facebook groups, which are set to private, will be renamed and assigned new leadership “once we’ve given time for people to respond to this news.”

All remaining finances will be donated to Abba’s Delight, another ex-gay ministry based in Louisville, Kentucky.

The ministry’s decision to disband came less than one week after the Supreme Court ruled that Title VII of the Civil Rights Act protects LGBTQ employees from workplace discrimination.

Related: He spent 20 years peddling ex-gay therapy, now he says it was all “a lie”