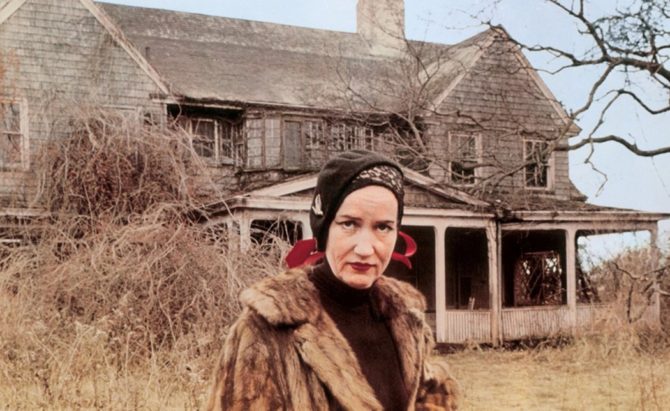 Oh, what a little paint can do.

The asking price? A cool $19.995 million. Apparently very, very rich people are swayed by the same sales tactic that gets you to spend $4.99 on toothpaste, but not $5.

Grey Gardens will forever be remembered as the home of Edith Bouvier Beale and her daughter, “Little Edie” Ewing Beale. The world’s oddest mother-daughter act were stars of an iconic documentary (Grey Gardens, 1975) that catapulted them into cult stardom.

The Beales came from high society — cousin and aunt to Jacqueline Kennedy Onassis — but by the time directors Albert and David Maysles Brothers began filming Grey Gardens, the once-regal manor was a nightmare—littered with cats, raccoons, old newspapers, rotting food and other unpleasantries. “All it needs is a coat of paint!” insisted Little Edie in 1979, when she sold the home for $222,000 to husband-and-wife journalists Ben Bradlee and Sally Quinn.

She made them promise they wouldn’t tear it down.

Head here to see what the estate is looking like these days. (Spoiler alert, there have been a few improvements.)