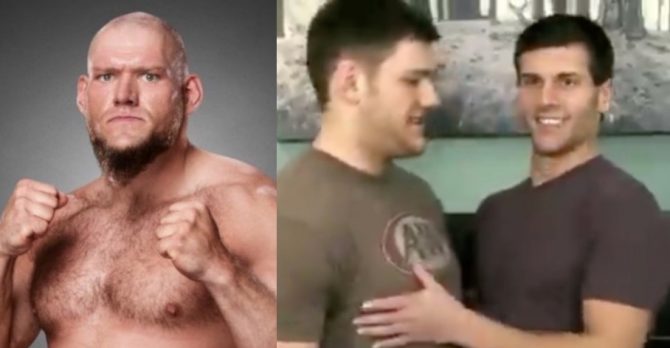 Just months after issuing a two-sentence apology for years of resurfaced racist, sexist, and homophobic comments, Sullivan closed out the decade by deleting his Twitter account when internet sleuths discovered his gay adult film past.

Reddit had a field day when users connected the dots (or in this case, the tattoo) from Sullivan to gay adult performer “Mich Bennett.”

Ring Side News reported that Sullivan, whose real name is Dylan Miley, posted dozens of racist, sexist, and homophobic remarks under two different usernames on a message board at BodyBuilding.com between 2007 and 2014.

I don’t actually have any true hateful feelings for gay people, but it’s just a part of my sense of humor I like to explore. Homophobia, racism, sexism, these are all hilarious things to make light of in the right environment (among other straight men).

Every time I hear a man say that p*ssy smells like **** I cringe because I automatically assume they’re a closeted homosexual repressing their true intuitions.

The comments earned Sullivan a $100K fine from the WWE, but it turned out there was a second shoe to drop.

You can see a work-friendly preview of that here — Sullivan is on the left: