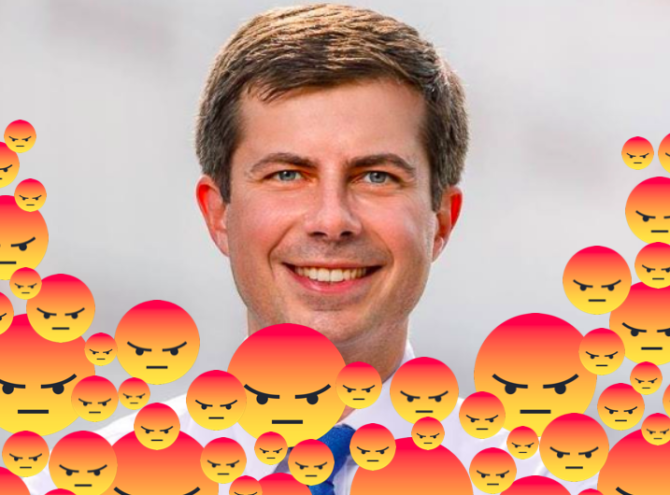 At 37, Buttigieg is one of the youngest candidates to enter the 2020 race, tied with Rep. Tulsi Gabbard, who is also 37. If he were to clinch the Democratic nomination, he would be the first openly gay presidential nominee from a major political party.

Naturally, this has homophobes on Twitter clutching their pearls.

A young inexperienced gay homosexual fag pervert for President. What a great idea. Like pouring gas on a fire. Help US decay faster enabling aliens & terrorist to kill off the new Congressional’s.

Some 37yo NancyBoy is running for @POTUS in the #Democrat primary. His biggest qualification?… You guessed it… he’s HOMOSEXUAL!https://t.co/Pdge1xXIcd

High hurdle for you with the lack of experience on the national level and the homosexual component. All the best

Nope, not now not ever. You made a mayor, good for you. Never my president.

He’s not. At any rate I’ll be clear, I’m not voting for an open homosexual.

He does and always will compared to this fag

No one even knows who the fuck you are. This is going to be funny as hell to watch!

If Pete Buttigieg win in 2020, the word “fag” prolly gone be illegal.