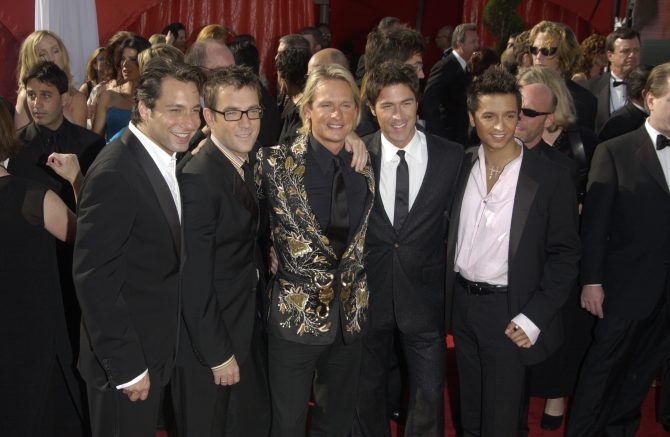 With five seasons under its belt, a sixth underway, and six Emmy awards, it’s safe to say that the Netflix reboot of Queer Eye is a wild success. Outside of the show, food and wine extraordinaire Antoni Porowski, grooming expert Jonathan Van Ness, culture guy Karamo Brown, fashion expert Tan France, and design guy Bobby Berk have all become stars in their own right too, with hosting gigs, book deals, podcasts, and appearances in other reality shows.

But all this would not be possible if not for the original Fab Five, who, over the course of five seasons and 100 episodes, contributed to the changing conversation about the way queer people are portrayed in mainstream television. “It opened people’s eyes around the world, and I love that the Queer Eye reboot is continuing that legacy,” said OG fashion savant Carson Kressley on the recent E! special Reunion Road Trip. The show features Carson and the rest of the crew on a special road trip in Los Angeles that has the boys up to their old shenanigans once again.

Thanks to the episode, we also got a peek into what the original cast members have all been up to these days! So, if you’re curious to know what happened to the original cast of Queer Eye for the Straight Guy, buckle up as we cover the present of the original Fab Five. 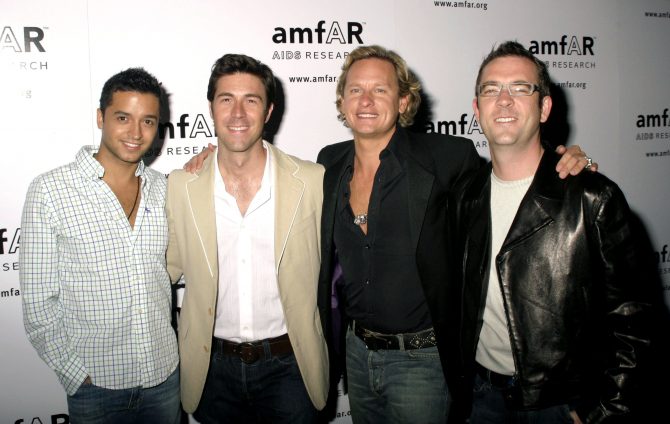 The Legacy Of The Original Fab Five

Queer Eye for the Straight Guy came out eighteen years ago at a time when same-sex marriage wasn’t even legal yet, and when portrayals of gay guys on television and films were few and far between.

The first Fab Five – Carson Kressley, Ted Allen, Kyan Douglas, Thom Filicia, and Jai Rodriguez – were considered revolutionary at the time the show came out. As Carson Kressley said in Reunion Road Trip, “out of the closet queer men had never been allowed to just be themselves on TV before.” But beyond that, they also made a point to connect with the men they were making over and having conversations about masculinity, grooming, self-care, and self-love that, at the time, were quite rare to see between men.

Aside from setting ratings records for their network Bravo, Queer Eye for the Straight Guy won an Emmy for Outstanding Reality Program in 2004 and a GLAAD Media Award in 2004 and 2005. Despite its meteoric success, the show did meet its fair share of criticism, particularly with regards to its “stereotypical” portrayal of gay guys as being more inherently knowledgable on things like fashion, grooming, and pop culture.

The Fab Five reminisce on all of this and more on Reunion Road Trip. Released in June of this year, the limited event series celebrates the casts of iconic shows of the early 2000s, from Scrubs to All My Children to, you guessed it, Queer Eye for the Straight Guy.

The OG Fab five’s episode features Thom Filicia, Carson Kressley, and Kyan Douglas as they surprise Jai Rodriguez for his 40th birthday with a road trip and makeover (sadly, Ted Allen had to phone in as he was filming Chopped). The makeover portion – or as they famously called it, the “make-better” – was quite the nostalgia trip, as the boys fell into their usual roles to help zhuzh up Jai as he entered a new chapter of his life.

And of course, they also let us in on their professional and personal lives post-Queer Eye.

The Original Cast Of Queer Eye – Where Are They Now? 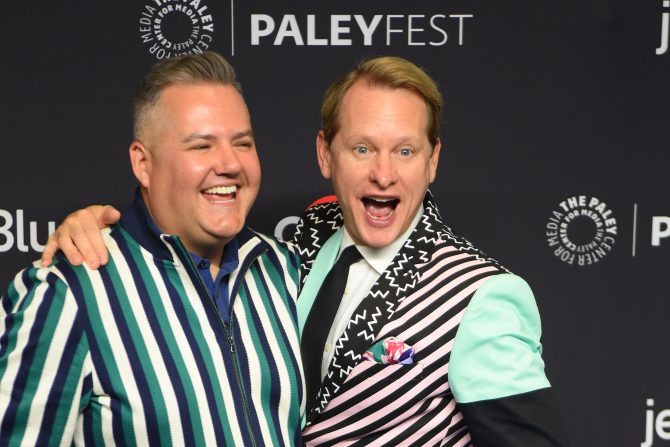 Just as Tan France does now, the original “Fashion Savant” was in charge of teaching the show’s subjects about fashion, styling, and making them believe that looking good could also make you feel good about yourself.

After Queer Eye, Carson stuck to his guns and continued appearing in reality shows, hosting shows like the Lifetime makeover series How to Look Good Naked, a reality documentary series on OWN called Carson Nation, and ABC’s True Beauty.

He has also served as a judge on the pageant reality series Crowned: The Mother of All Pageants and on the Food Network’s BBQ Brawl. He also competed in The New Celebrity Apprentice and the 13th season of Dancing with the Stars.

Today, Carson is perhaps most famous for being a regular judge on the hit competition show RuPaul’s Drag Race. Wander into gay Twitter, and soon enough you’ll run into a screenshot or a GIF of one of Carson’s famous reaction shots.

A visit to Carson’s Instagram will tell you that lately, he’s been enjoying his time as a stylist and equestrian. 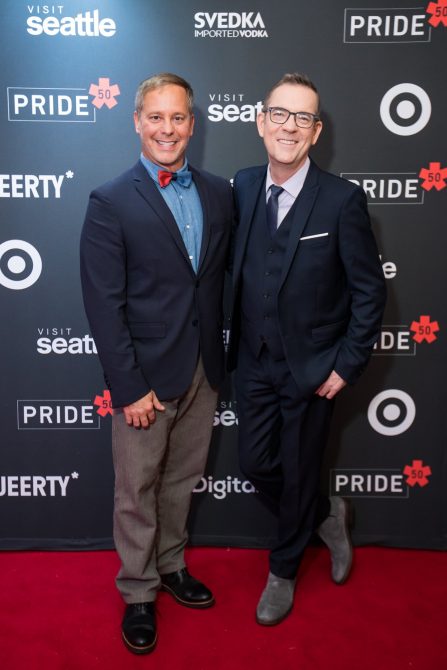 While most people know Antoni Porowski as the handsome and charming food and wine extraordinaire, Ted Allen was the OG. Dubbed the show’s “Food and Wine Connoisseur”, he was tasked with teaching the subjects about all things gastronomical, from food preparation to menu planning.

But Ted was more than Antoni’s predecessor – he was also his friend and mentor. Ted met Antoni at a cookbook signing in New York years before the reboot, when the then-27-year-old was working part-time in the food industry while trying to make it as an actor. Eventually, Ted hired Antoni as his personal assistant, where the latter got to take charge of the former’s home and menu. When the two caught wind that Netflix was rebooting Queer Eye, Ted graciously introduced Antoni to showrunner David Collins. And the rest, as they say, is history!

After Queer Eye, Ted put together his passion for food and his experience in TV by appearing as a judge on reality cooking shows like Top Chef and America’s Best Cook or All-Star Academy. Eventually, Ted became the host of Food Network reality show Chopped – a job he’s been doing for 12 years now. Since 2015, he’s also been the host of Chopped Junior.

Ted Allen is a longtime contributor to Esquire magazine and has also written two cookbooks: The Food You Want to Eat: 100 Smart, Simple Recipes and In My Kitchen: 100 Recipes and Discoveries for Passionate Cooks. 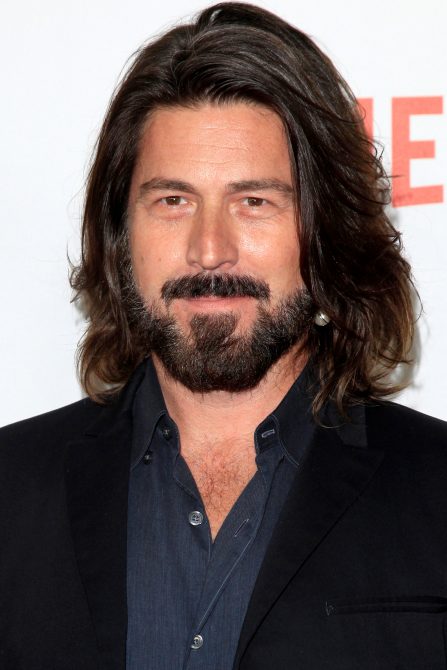 As the show’s “Grooming Guru”, Kyan was the guy who got to raid through all the subjects’ medicine cabinets and dish out expert advice on grooming, hair, and personal hygiene. Prior to being one of the original Queer Eye cast members, Kyan was in two makeover reality shows, TLC’s What Not to Wear and While You Were Out. But in recent years, he’s spent more of his time outside of the spotlight.

Today, Kyan serves as a recurring beauty expert on The Rachael Ray Show, where he does makeovers and beauty segments. “It can sound shallow or trite,” said Kyan in Reunion Road Trip, “But sometimes something as simple as a haircut really does help us to change and evolve and grow.”

Kyan is not as active as the rest of the boys on the ‘Gram, but once in a while – between pics of his adorable pup Maya – he’ll post a Queer Eye throwback or two. 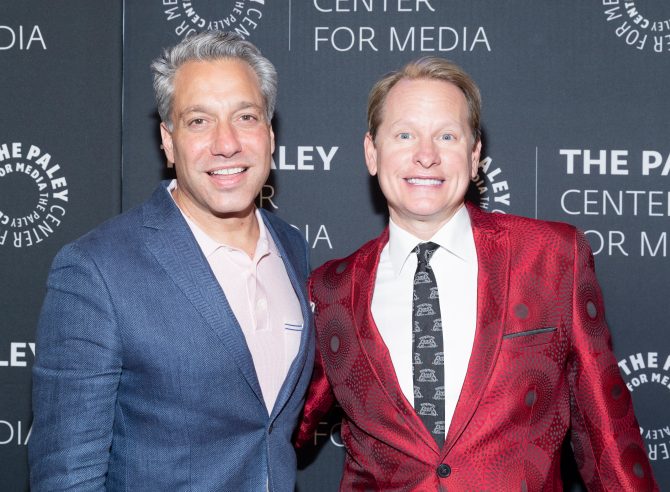 Like Bobby Berk, the “Design Doctor” made magic happen on the show, transforming subjects’ drab and gloomy houses into homes they could be proud of. Talking about his design ethos in Reunion Road Trip, Thom said he always wanted to make sure that every project “represented the person we were making over.”

While Carson and Ted have been fixtures in the reality scene all 18 years post-Queer Eye, Thom has been a more behind-the-scenes guy. He does have a show with Carson called Get A Room With Carson and Thom, which sees the two putting their heads together to design interiors for all sorts of clients.

But outside of that, Thom has been busy with his own interiors business, Thom Filicia Inc. Recently, he did design work for stars like Tina Fey and Jennifer Lopez. He also collaborates with brands like Riverhouse and Radio City Music Hall.

“Right now, I really am excited about continuing to develop all of my brands and interior design business,” he shared.

If you want to see all the beautiful design work that has kept Thom busy these days, his IG is full of gems! 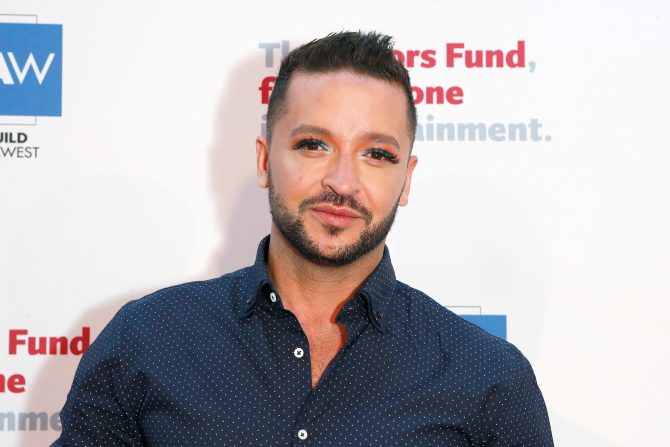 While Karamo Brown dished out sage advice on self-love and acceptance, Jai Rodriguez took a different approach as the show’s “Culture Vulture.” He educated subjects on popular culture, art, music, and relationships. On Reunion Road Trip, he likened his role to that of a “concierge of cool” in the “hotel of life,” saying, “I’m giving [them] access to things that are so beyond VIP.”

Unlike the other original Fab Five members, Jai crossed over to sitcoms and dramas after the show wrapped up in 2007. His first gig was as Chaz Darling in Ryan Murphy’s Nip/Tuck. He’s also been on hit shows like How I Met Your Mother, Bones, Grace and Frankie, and Grey’s Anatomy, and was cast as a series regular on Malibu Country opposite Reba McEntire and Lily Tomlin.

When we sat down with Jai in 2019, he was promoting Eastsiders where he played the role of Jimmy, and the Hulu show Dollface. Recently, Jai has been doing a Musical Monday series on his Insta, where he goes live to belt out fan-requested covers. He also hosted Real People Real Voices in 2021 for Queerty’s sibling site, LGBTQ Nation. 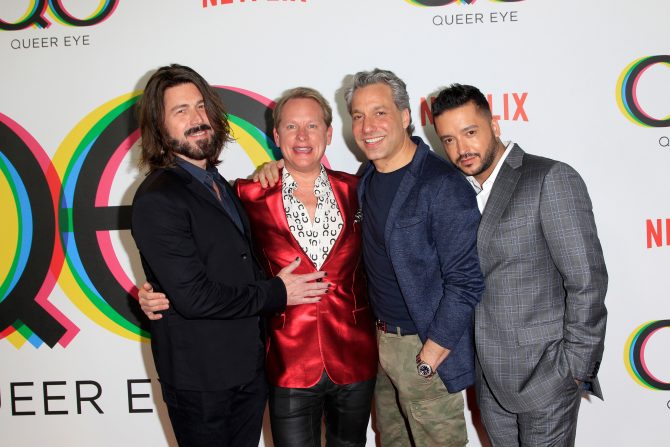 Is There A Chance Of Seeing The Fab Five All Together Again?

When talking about his time on Queer Eye, Jai mentioned that he missed being able to make people “feel seen” in the way that they did. “It wasn’t just a TV show, it was the beginning of another movement.”

But despite doing so well together on Reunion Road Trip and making us laugh out loud in their recent hilarious stint on Family Feud (where they competed against the new Fab 5!), we have a feeling that the boys are happy to leave all the make-better work to the new kids.

While we probably won’t be seeing them zhuzhing up a hero any time soon, they’re all still good friends who love to work with one another when the chance comes up. Fingers crossed we’ll see more of that soon!