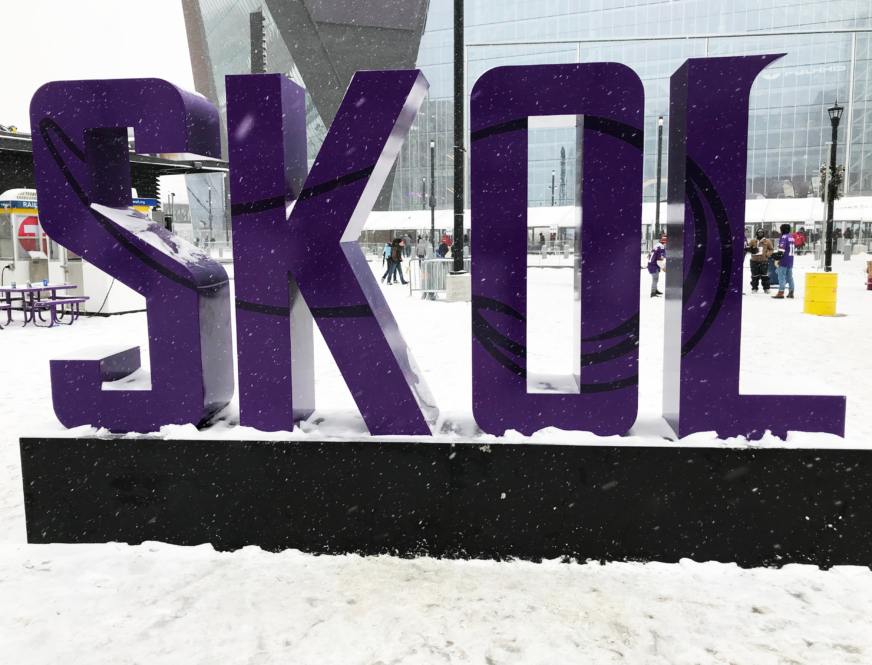 A football stadium was tricked into displaying a photo of an adult video performer during their moment meant to honor military members and, um, awkward!

During the Minnesota Vikings’ football game against the Dallas Cowboys last Sunday, the U.S. Bank Stadium in Minneapolis, Minnesota displayed images of soldiers on their Jumbotron screen as part of the stadium’s “Salute to Soldiers.”

“We’re honoring our nation’s service members, veterans, and their families during Sunday’s game against Dallas,” the Vikings’ Twitter account wrote before the game. “Share photos and stories of your loved ones who have served or are currently serving using #SkolSalute for a chance to have them featured on the video board Sunday.”

“Skol” is a Viking word meaning “cheers” or good health.” It’s often said when toasting or saluting an honored person.

Anyway, one prankster Twitter user, @kylerulz4h wrote. “This is my cousin Joel who served in the Army,” while posting an image of adult performer Johnny Sins (also known as Steven Wolfe) in a military outfit. “He has always been an inspiration and someone I look up to for his heroism. He is also a HUGE Vikes fan #skolsalute.”

Sins is big, but we don’t know if we’d call him HUGE. He’s a 43-year-old performer who has appeared in such films as Baby Got Boobs 20, Vagitarians,  and Just Turned 18 and Already a Slut (which sounds like it could be a memoir or a reality TV competition, honestly).

Sins isn’t an actual military vet, but he has played one on film. He has also played a “pizza delivery guy, cable guy, plumber, police officer, [and] fireman,” according to one Twitter user who called him “a jack of all trades.”

While there’s no comparing soldiers to adult video actors, many people appreciate the (ahem) service of such actors, surely.

The Vikings really put this on the big screen at their stadium ? pic.twitter.com/kW4vmPkbrx