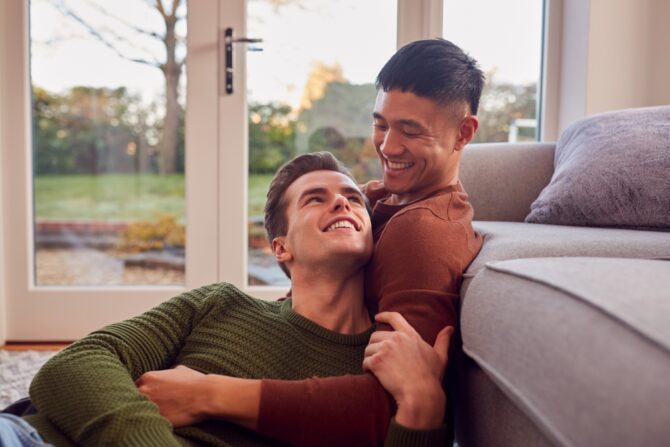 Do you dread long walks on the beach? Is the idea of a hike through the woods your personal hell? Are you more into camp than actual camping? Then perhaps you can relate to the Reddit user who’s on the hunt for “indoor gays.”

“Where are the indoor gays?” this Reddit user wrote in a r/askgaybros post on August 9. “I’m so tired of seeing ‘I like anything outdoors’ in profiles. Where are all the gays who prefer being inside? Seriously, what city do I need to move to to find more guys interested in video games, board games, watching shows on the couch, going to a museum, trying out a restaurant, etc.?”

In a comment on the thread, he elaborated: “I mean, I do like volleyball, snowboarding, hiking, kayaking, and such, but only for a few hours at a time,” he wrote. “Doesn’t seem to be enough for all these guys who want to rough it out in the wilderness for weeks on end.”

Related: Gay heightism is real, as this 4’10” Reddit user discovered the hard way

But, soft! What light through yonder window breaks? Why, it’s all the Reddit commenters who are also content with the creature comforts of home.

“They exist,” one commenter wrote. “Me and my boyfriend pretty much do all of what you describe. You just need to advertise yourself well, and you’ll find them if you live in a big enough city.”

Another person wrote, “Here. My Roman ancestors didn’t invent concrete and plumbing so I could go sleep on the ground like an animal.”

“This made me LOL and I 100% agree,” another commenter chimed in. “I don’t want to hike or bike or camp or go to the beach. Give me cooking dates, the movies, restaurants. Give me A/C in the summer and heat in the winter.”

And someone else said, “You’ve basically described all the major things my partner and I do, lol. Cook nice food, play video games together (recently enjoying Elden Ring together), go to restaurants for dates every so often, but mostly just really look forward to lounging on the sofa together.”

Related: Has COVID-19 ruined your gay 20s? Join the club…

Other commenters recommended cities that are meccas for indoor gays. “Try Chicago during the winter,” one person wrote. “Too cold to go outside, no mountains on which to ski. Gay life moves inside.”

Someone else recommended cities in the Pacific Northwest. “Yes, those areas have a lot of outdoorsy people, but there’s also a lot of gaymers [and] bookish, artsy, or otherwise indoor gays in those places as well. I mean, it rains all winter and spring, so you’re already inside during a lot of the year anyway…”

Another commenter, meanwhile, suggested that expressing preferences for outdoors activities is a way of discriminating on dating apps: “‘I like anything outdoors’ is usually code for ‘Only masc, ripped dudes need apply’ in my experience.”

In any case, we certainly hope the original poster finds another homebody with whom to explore the Great Indoors!