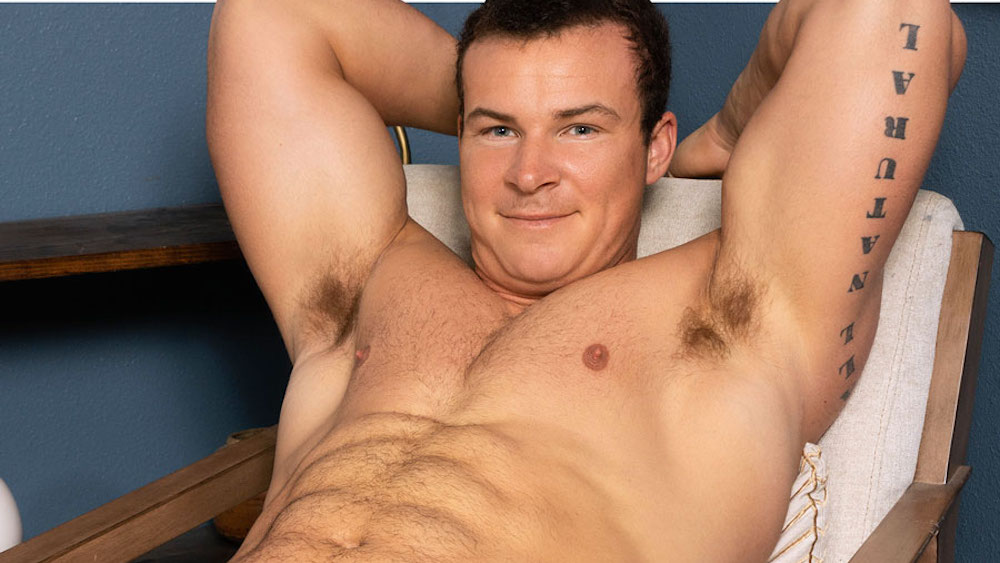 A recently released scene from mainstream gay adult studio Sean Cody featured Zane — a muscular, furry, bisexual guy who has a tattoo on his right shoulder of the confederate flag within the state of Texas.

Embarrassed by the prospect of promoting a guy with a racist tattoo, the studio photoshopped it out of Zane’s photos and blurred it out of his two video scenes.

The model, “Zane,” having a Confederate Flag tattoo is bad enough, but you know what’s actually worse? Sean Cody being fully aware that the flag is considered a racist symbol, choosing to put the guy in their videos anyway, and then haphazardly trying to hide it from viewers. If Sean Cody really believed in their content, they should’ve just released this scene without blurring the racist symbol. What are they afraid of?

What’s interesting is that Zane is hardly the first gay adult performer to have racist tattoos. In June 2016, Sire discovered that Naked Sword and CockyBoys performer Cameron Diggs had German iron crosses and SS bolts tattooed on his body (link NSFW).

Diggs later claimed that he’s not a white supremacist but added, “When it comes to having kids, I prefer to stay inside my race,” which is… (ahem) kinda racist. His mixed race scene partner Mickey Taylor later claimed that Diggs wouldn’t have topped him if he was racist, but that’s nonsense. (Note: Having sex with people of other races doesn’t make you not racist.)

Gay adult studio College Dudes also released a scene in February 2018 featuring Michael, a tattooed guy with a confederate flag design on his hand (link NSFW). Michael later told Twitter followers that his tattoo was a “mistake” he made in prison when he was “led astray.”

Naturally, the reason that studios release these scenes is because these men are interested in performing on camera and once the scene is shot, it seems pointless to just sit on the footage. But considering that the gay adult industry remains dominated by white guys, it seems particularly gross that studios would use white performers with racist tattoos for any reason at all.

Before any of you commenters start talking about how the confederate flag is merely a symbol of southern “heritage, not hate,” you can stop right there. It flew over states that supported the slavery of black people and was re-popularized in the U.S. by white southerners who opposed racial integration. So save that bull for your momma and keep that mess out of our adult videos, whether blurred or not.