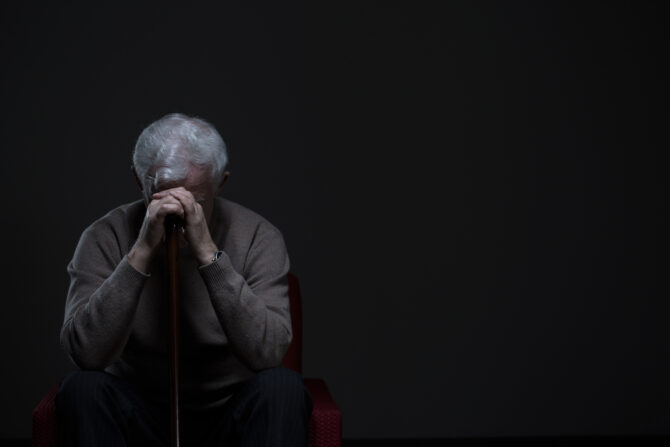 When Joe Adams was a young man, he confided to his Methodist minister that he was gay. He was told he was “an abomination” and placed in conversion therapy.

Now 57 years old, Adams has opened up about the harrowing experience and says he’s “amazed” to have survived the ordeal.

In a first-person account published on BBC News, the father of four reflects on his struggle to accept himself and the “profound mental health damage” he endured trying to alter his sexuality.

Though he gravitated towards the church as a way to build community, Adams says he always felt “different.” When he told his minister he thought he was gay, he was told: “God can’t love you, you’re an abomination unto God and the only way you can be redeemed is if you are converted and changed to be straight.”

Terrified, he went along with the minister’s plan to enter conversion therapy.

The scene he describes is grim — immediately upon arrival Adams says he was subjected to verbal and physical abuse.

Related: Daniel Franzese opens up about submitting himself to conversion therapy

“They knocked me to the floor,” he remembers. “They began hitting me, screaming for the devil to be removed from me and I was terrified.”

The torment lasted hours, until Adams eventually ran out of the room and cried in his car “for ages and ages.”

His minister told him the transformation was not yet complete, and that only if he married a woman and had children would the gay “go away.”

While he did see some “wonderful” things in the church throughout his 25 years of servitude, Adams says the ordeal still hurts him, especially given the fact that conversion therapy still occurs in churches today.

Thinking of his granddaughter, he hopes she’ll “grow up in a fairer, kinder, more just world where these things don’t matter.”

The Methodist Church has apologized for harmful practice, saying it was “both heartbreaking and shaming” to learn about the ways LGBTQ people have been treated.

Last year the church voted in favor of same-sex marriages in Methodist churches and buildings.