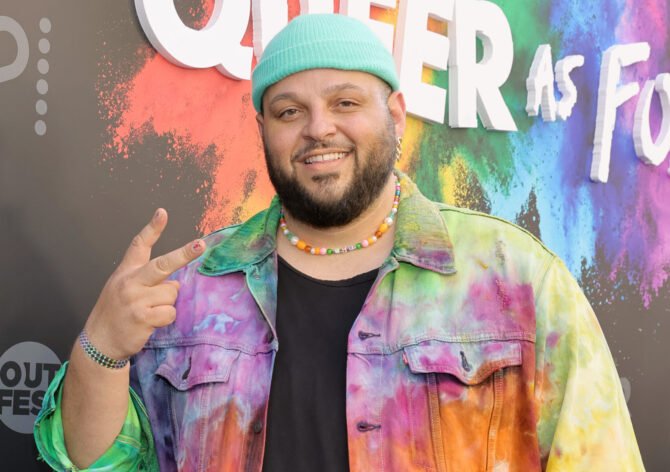 In his search for heaven, Mean Girls star Daniel Franzese went to hell and back.

Franzese is openly religious to this day, notably as a co-host of the LGBTQ+ Christian podcast Yass Jesus!.

However, the actor has recently shared the harrowing conversion therapy experience that tested his faith in a new interview with Page Six.

Related: Daniel Franzese says he was fired this week for being gay, shares receipts

Even with gay-accepting parents, a pair of gay uncles, and lesbian relatives, Franzese’s felt his faith and the homophobic society of his adolescence required him to undergo conversion into heterosexuality at age 21.

“I went to one-on-one therapy sessions with a person who was trying to change me straight and make me pray the gay away and alienate all my allies,” he explains.

“They told me to tell my mom that my mom was the reason that I was leaning toward bisexual thoughts or whatever because she was so open. They made me come out to my mom, who was literally like my best ally, and say, ‘It’s your fault.’”

The actor said that he and his mother didn’t speak for two months afterwards.

It wasn’t until months later that he would come to accept his sexuality and leave the conversion sessions.

“I was scared, and [my therapist] was like, ‘What are you afraid of?’ I was like, ‘I’m afraid I’m gonna go to hell,’” Franzese recounts.

“He was like, ‘You could be [s–king a d–k], and the second coming of Christ could happen, and you’re not gonna go to hell if you love God. That’s not what it is.’”

Even after leaving conversion therapy and playing the iconically gay character Damian in Mean Girls in 2004, Franzese didn’t become comfortable coming out to public until receiving a heartfelt message from a gay fan a decade later.

Thankfully, we all know this story has had a happy ending. He just walked the Queer as Folk red carpet, he had a booth at this year’s DragCon — Franzese is as out and proud as anyone.

And as far as his relationship with his mom goes, the two have reconciled completely! In fact, the actor is bringing a character based on his beloved mother to the stage later this Summer in his new play, Italian Mom Loves You.

It may have taken some time, but Franzese has come to marry his religion, his sexuality, and his sense of self in perfect harmony.

In anticipation of his upcoming comedy show, check out the hilarious video that first brought the iconic “Italian Mom” character to life: