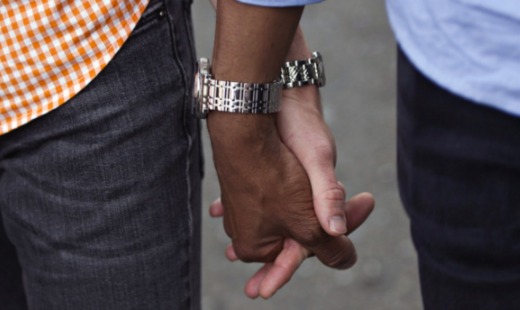 This just in: Polyamory and open relationships may be on the outs. And monogamy may be making a comeback.

In addition to being colleagues, Lowen and Spears have been a couple for over 40 years.

“We had been in a non-monogamous relationship for 36 years and were curious about the experience of others,” the pair says. “There wasn’t any roadmap and we assumed long-term couples might offer valuable perspectives and hard-earned lessons.”

Related: Are Millennials Leading Monogamy On A Slow March Towards Death?

For their latest study, they wanted to find out how younger gay men viewed monogamy, non-monogamy and marriage.

In fact, monogamy was equated with marriage by 58% of all respondents, while only 31% viewed non-monogamy as an option for a married couple, with 11% being unsure. In other words, the majority of interviewed younger men in monogamous relationships considered monogamy to be the norm.

Older respondents, however, reported being more open to non-monogamy.

Related: 30 Percent Of Queerty Readers Believe Marriage Is Not About Monogamy