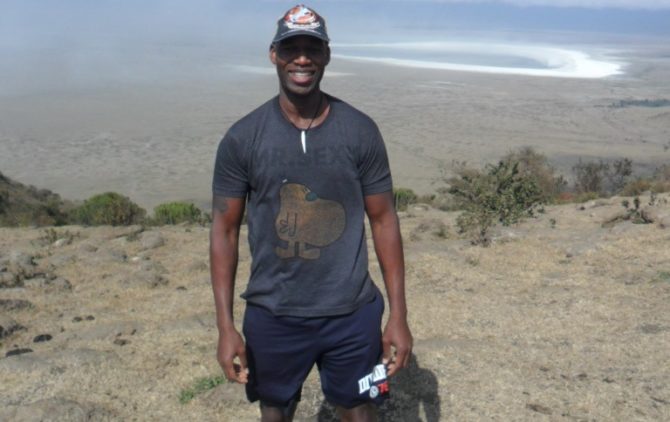 The following is an excerpt from Queerty columnist Jeremy Helligar’s second book, Storms in Africa: A Year in the Motherland, available on Amazon. Follow him on his Medium blog or on Facebook.

I was anticipating the unexpected. I was fully prepared for some twists in the roads and bumps in the nights ahead (preferably unrelated to nocturnal lions!).

You have to be psyched for anything when you’re spending ten days truck-trekking from Dar es Salaam on Tanzania’s Indian Ocean coast up north through Lushoto and Arusha to the Serengeti and Ngorongoro region, then farther onward and upward to Nairobi, Kenya’s capital city.

It’s a long, rocky road, though not one less traveled. If you momentarily lose your open mind or misplace it wherever you stuffed your malaria pills, any good tour company will keep encouraging up-and-ready-for-whatever alertness until you’re expecting the unexpected in your sleep.

Yet, something that happened while I was on that road fulfilling a lifelong dream (going on an African safari) with seventeen fellow tourists took me thoroughly and unexpectedly by surprise. It wasn’t discovering my thing for lions, especially those positively puppy-like baby cubs. That was a development I didn’t see coming, especially considering my general distaste for house cats. As a gay man who had been proudly out for more than twenty years, I was floored even more by how uncomfortable I was feeling in my own gay skin.

It must have been the place. I didn’t expect East Africa to be a bastion of welcoming open-mindedness when it came to gay people. I had been warned by the gay media, the mainstream media, and well-informed and well-meaning friends to be careful how I expressed myself there. Even my mother, who had become accustomed to my traveling to parts unknown and occasionally choosing to live in them, was concerned.

“Is it safe there … for gay people?” she asked when I mentioned my travel plans during a Skype chat several days before my departure.

Leave it to mom to get me worrying … and overthinking.

If I was exercising too-extreme caution when I arrived in Tanzania and started mixing with the locals, I couldn’t explain how it ended up extending to Westerners who normally wouldn’t have caused me any gay angst. Perhaps my situational self-imposed de-outing for the benefit of potentially homophobic East Africans unlocked all of those insecurities I’d left stuffed on a shelf in the closet all those years ago.

Every time I opened my mouth to talk to locals or to other foreigners, I found myself wondering what they were thinking about what I was saying and how I was saying it. Was I setting off their “gaydar,” if such a thing even exists?

It wasn’t as if anyone in my tour group gave me the slightest reason to feel ill at ease about my sexuality. Indeed, there was a gay twosome among the four couples, as well as four solo men, three solo women, and an aunt-niece pair from Holland. But still, there were so many moments when I felt like that gangly, awkward, insecure kid in middle school who was always one of the last ones picked for the sports teams during gym class.

So I overcompensated, occasionally playing the village idiot to shift the focus to something else.

“A cow antelope? Do cows and antelopes really have kids?” I asked, hoping to elicit a few laughs and drown out the nagging insecurity in my head while staring at my first hartebeest.

I wasn’t sure humor was the right answer, though, when I was standing face-to-face with a man from the polygamous Maasai tribe outside of Arusha who had just asked me how many wives I’d bagged. (“I have two,” he offered. “But I’m still young.”) Was he being as serious as his stern gaze, or was he trying to out me? Before I could answer, one of the Serengeti guides in the circle broke the awkward silence.

“Look at his shoe strings! He has no wives!” 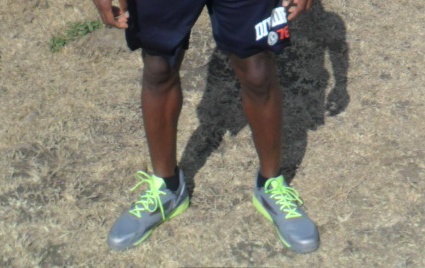 Then he repeated himself. I tried to determine whether they were laughing with me or at me, unsuccessfully. I hung my head and looked at the pale-green shoe strings on my gray Nikes. Was I that obvious?

I hated myself for caring and for replaying in my head the comment that one of my fellow travelers, a woman from Perth, made when I declined to join the fifteen-dollar tour of a Maasai village in the Ngorongoro region.

“Jeremy, you might find a few wives there … or husbands,” she joked.

Was the addendum her way of saying “I know” (and letting everyone else at the table in on it, too), or was it her way of saying that one shouldn’t just make straight assumptions about anyone? Would she even have bothered going there if I had been more “straight-acting” (to use that dreadful phrase frequently used by homophobic gay men)?

Eventually, probably halfway through the Ngorongoro safari game drive, as I sat in one of dozens of 4x4s lined in front of and behind another group of lions, I realized that nobody was paying as much attention to me as I was. My fellow travelers were too enraptured by the feline scenery, and I was pretty sure most Tanzanians had more pressing concerns, like feeding their families.

My discomfort was mostly on me. But it did get me thinking, about why I had turned into such insecure mush, about whether it was a sign of a new me emerging (dear God, I hoped not!), about being gay in a straight world.

Most importantly, it got me thinking about those who had it so much worse than I did, including LGBTQ people living in countries and cities where they weren’t just imagining that everyone was looking at them, whispering, pointing, and disapproving. Being based in Cape Town, a gay mecca in a country where same-sex marriage was legal, I lost sight of how badly gay people elsewhere in Africa had it until I exited that comfort zone.

I could have done so much better than spend my time in Tanzania mired in self-doubt, but my over-awareness of my own sexuality and how others might have been interpreting my every move there led to a new and different awareness of how others who aren’t free to be live every day of their lives.

It was so easy to forget and to judge gay shame when I had lived most of my adult life in gay-friendly metropolises like New York City, Buenos Aires, and Bangkok. I could dismiss guys with faceless Grindr profiles in those cities as cowards, because, presumably, no one was risking his life by revealing who he was on the grid.

But in East Africa, the closet was more about survival than cowardice. Returning to mine was probably a mix of both, but after a week in the dark, I was starting to see daylight again — unfortunately just in time to return to Cape Town.

After years spent dreaming of East Africa and finally getting to experience her nature, I’d learned something about my own nature, too. I would leave humbled but once again proudly walking in my own shoes, green laces and all.

Related: What do white people say about Black people when we’re not around?