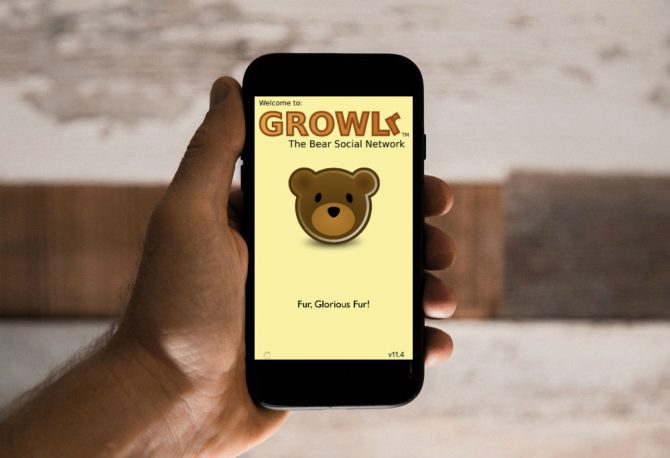 Men’s dating app GROWLr is to pass to new owners. News of the sale comes one year after it was sold by its founder.

The app, created for the gay bears market, was launched in 2010 by gay entrepreneur Coley Cummiskey. Last March, it was revealed he’d sold it in a $12million deal to the tech company, The Meet Group.

Headquartered in Pennsylvania, The Meet Group specializes in dating apps. Its other brands include MeetMe, LOVOO, Skout and Tagged.

Yesterday, Meet announced its acquisition by Parship, the same company that owns eHarmony.

Parship is overseen by NuCom Group, which is jointly co-owned by the German-based ProSiebenSat.1 and General Atlantic. The sale is expected to close in the second half of 2020.

GROWLr says it has 10million members and over 200,000 daily users. That puts it in third place in the US market, behind Grindr and Scruff.

Max Conze, CEO, ProSiebenSat.1 Media SE said in a statement, “The acquisition of The Meet Group is one of ProSiebenSat.1’s largest transactions. It will significantly advance our ambition to create one of the leading global players in online dating and interactive live video.”

A spokesperson for Meet Group told Queerty that there are not expected to be any GROWLr job losses involved in the acquisition.

“Retaining the team is critical to the buyer. There are no planned layoffs. In fact, we continue to actively hire, with a number of open positions posted. This deal is all about growth and mining the vast array of strategic opportunities.”

They went on to say, “You shouldn’t expect anything to change on GROWLr as a result of this news. The Parship Group has a long history in the gay dating space in Europe, having launched their first gay dating brand at the same time as they initially launched their flagship Parship app in 2001. We are thrilled to become part of a group that shares our commitment to inclusiveness and our mission to help everyone find the love they seek.

“Being part of this larger family of apps will allow us to continue investing and innovating to make GROWLr the best place for the bear community to connect, chat, and meet.”

Related: How not to invite someone over for a hookup via Grindr

In separate but unrelated dating app news, there is speculation Grindr is about to be sold. The US-founded dating app, launched in 2009, was brought by the China-based Beijing Kunlun Tech in two portions. It snapped up 60% in 2016 for $93million and the remaining 40% for $152million in early 2018.

However, in 2019, the US government’s Committee on Foreign Investment in the United States (CFIUS), ruled Kunlun Tech had to sell it. It expressed concern that a Chinese company had access to the personal data of so many US citizens. Kunlun Tech said it would aim to sell Grindr by June 2020.

Reuters today reports Kunlun Tech is close to signing a deal with a group of investors, although neither Grindr nor Kunlun Tech would comment on the matter. It speculates the value of Grindr to now be $500million.