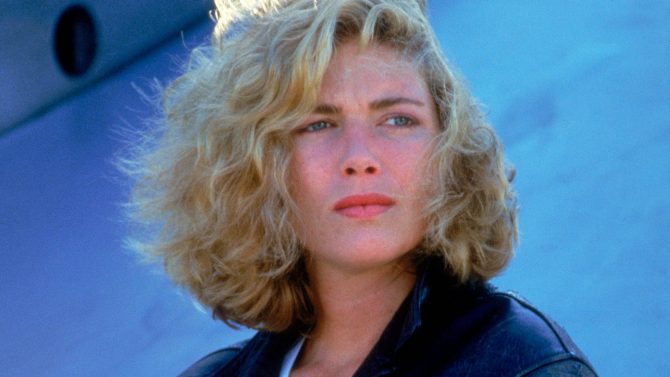 The release of the trailer for Top Gun: Maverick, the much-anticipated sequel to the 1986 pop culture hit, has Hollywood abuzz as to which characters from the original might return to take flight again.

One actor has already taken herself out of the running: the original film’s female lead, fab lesbian Kelly McGillis.

McGillis, who came out in 2009, has confirmed to Entertainment Tonight that she was not even asked to return alongside original leads Tom Cruise and Val Kilmer, both of whom will reprise their roles in this sequel.

“Movies are odd things,” McGillis says. “I don’t really keep in touch with anybody. I think I’ve spoken to a couple of people occasionally, but the truth is, movies are very odd work situations because you have a lot of people who come together from all different parts of the world.”

The original Top Gun became one of the most iconic films of the 1980s, helping to launch the careers of Cruise, McGillis, Kilmer and Anthony Edwards. In recent times, the film has also undergone a reexamination as a homoerotic classic, in particular for a notorious shirtless volleyball scene.

Once one of Hollywood’s rising stars, McGillis appeared in acclaimed films like Top Gun and The Accused to positive notice. After several disappointing film roles and struggles with substance abuse, she drifted to stage work. Now 62 and sober, she spends the bulk of her time caring for her two children and teaching acting classes near her home in North Carolina.