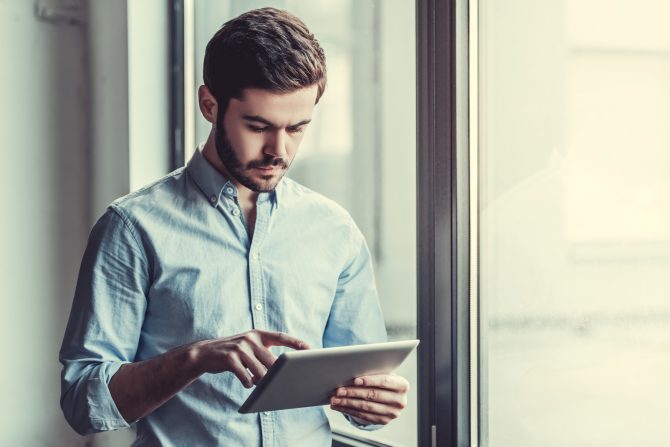 After a Reddit user sought advice after finding “gay [adult films] on [his] widowed father’s iPad,” commenters responded with one unified message: Don’t ask Dear Old Dad about it.

“None of your business if u ask me,” one replied.

A different commenter concurred, saying, “His intimacy is not of your business. (You wouldn’t want him to search in your own stuff, do you?) Let him decide if he wants to talk about it with you.”

Related: I didn’t realize this song was my closeted dad’s gay anthem…

Another response: “Don’t ask him about it. You’ve stumbled upon his secret. Best answer is to keep it secret that you know his secret.” Yet another: “Do not ask, hint or confront him about it. Leave it be.”

One commenter, meanwhile, was even blunter: “Leave him the f*ck alone dude. None of your business. So the guy likes to see a little man on man action, who cares? I am a gay man and have never had sex with a woman. Every once in a while, I like to look at lesbian [films]. I also like to watch car accident videos. I ain’t putting my d*ck in p*ssy or cars… It’s just a video.”

Related: How do I tell my dad I know he’s gay?

The original poster chimed in to agree with the commenters: “It was kind of a shock when I first saw it because my Dad is like this super macho man type, but after this initial shock, it really doesn’t have anything to do with me.”

“But it’s still a definite surprise,” the O.P. added.