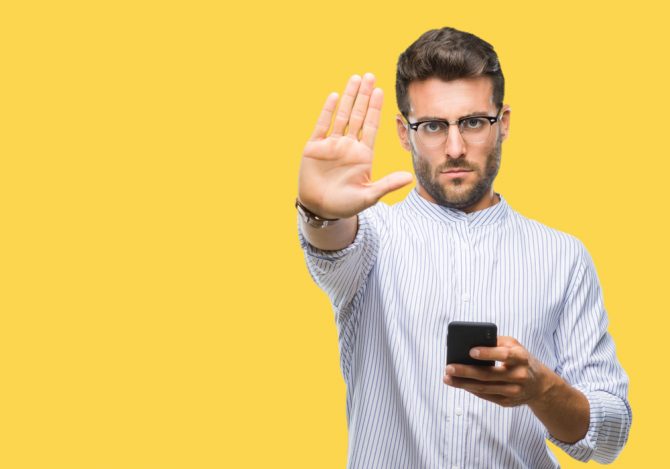 A conversation between two men on a dating app talking about gender expression has gone viral.

Travis Norris shared a screenshot of the brief exchange to his Facebook page earlier this week.

“Are you a masculine guy?” the sender asks.

To which the other person answers, “What would you define as masculine? Lol.”

“Not a flaming gay queen lol,” the sender replies.

Then comes the read:

“I have too much going on in my life to worry about how someone perceives my personality based on heteronormative ideas of gender expression. I just am. I’m not worried about masculinity or femininity nor do I really care where I fall in line with someone else’s perception of those things.”

Norris’s post has received nearly 3,000 shares, over 350 responses, and 55 comments, and counting.

“No one is masc,” one person writes. “Give that bitch a couple drinks and put on some Beyoncé. The queen always comes out.”

“Anyone who asks that question has zero self-confidence,” another person comments.

“Exactly what makes a guy masculine?” a third person pontificates. “And if a guy doesn’t do those things, that makes them less of a man?”

Read the exchange below… 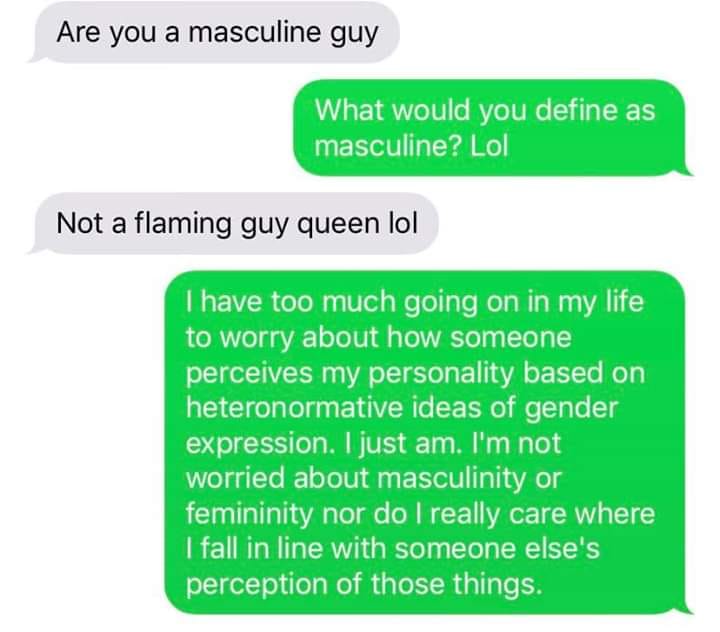