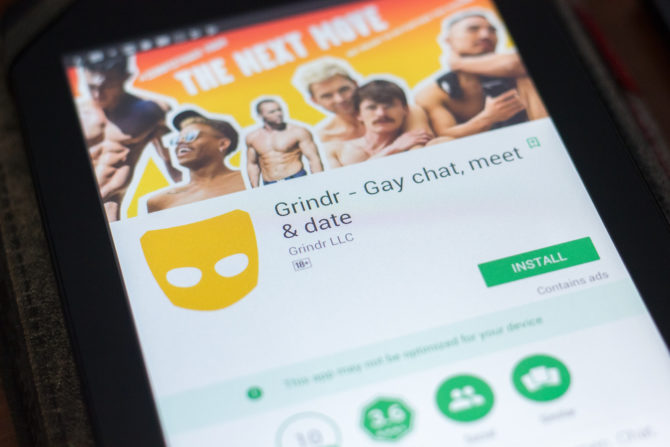 33-year-old Thomas Downs, a gay man living in Berkshire, UK, will serve a 14-month prison sentence. Downs confessed in court to putting a person in fear of violence and sending a letter or communication with threatening words after sending his ex-boyfriend more than 300 messages on the gay dating app Grindr, including one in which he threatened to kill an 11-year-old girl.

The Daily Mail reports that the saga began in 2012 when Downs met Jeffrey Imms. The couple began a romantic relationship which lasted four years before dissolving. Then, in 2017, Downs contacted Imms on Grindr in hopes of rekindling their relationship. The two initially formed a friendship before Downs’ messages began to take a disturbing tone.

Imms began receiving a series of 111 prank phone calls, all on the same day.  He also received more than 300 messages on Grindr, many of them threatening violence against him. One even threatened an 11-year-old girl, while another claimed to have put a hit out on Imms’ life.

In his court hearing, attorneys for Downs claimed his behavior was the result of mental and emotional stress brought on by his break up with Imms, as well as his parents’ deteriorating health.

“Thomas Downs recoils at the sight of the messages he sent,” Downs’ attorney, Robert Slin, told the court. “He is thoroughly ashamed. He has the support of his new partner who he now resides with.”

In addition to his jail time, the court also handed Downs a 10-year restraining order and ordered him to complete 30 rehabilitation requirement days as well as 100 hours of community service. Judge Edward Burgess also suspended Downs’ sentence for 14 months, due in part to the ongoing COVID-19 pandemic.