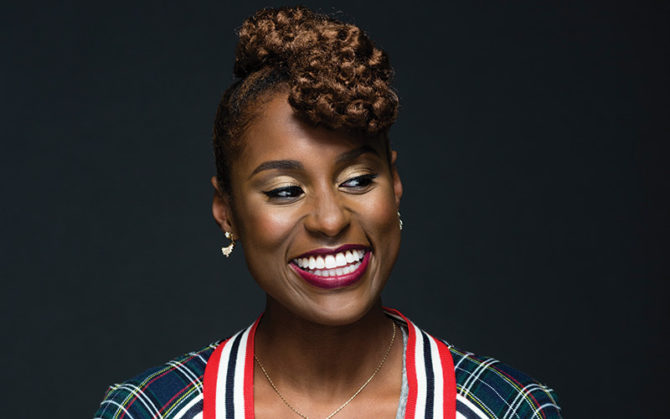 It seems HBO can’t get enough of Issa Rae, and neither can we.

It was just announced that the network has greenlit not one but two new shows by the the Insecure breakout star. Not only that, but one of the shows, Him Or Her, will chart new TV territory.

“The single-camera half-hour chronicles the dating life of a bisexual Black man and the distinctly different worlds and relationships he finds himself in,” the description of the show reads.

That’s right, folks. A show that features a Black bisexual man as the main character. When’s the last time that happened?

Of course, this isn’t the first time Issa has tackled same-sex love in the Black community. During the Season 2 premiere of Insecure, audiences were introduced to her character’s openly gay brother, Ahmal, played by Jean Elie.

Rae’s other show will be an hourlong drama called Sweet Life. It’s set in posh Windsor Hills, one of the wealthiest Black neighborhoods in the United States, and is being described as “a coming of age tale of the well-heeled teens growing up in the LA neighborhood.”

Rae will serve as an executive producer on both projects.

Related: Black, Bisexual, And Invisible: A Cry For Acceptance And An End To Racism In The LGBTQ Community