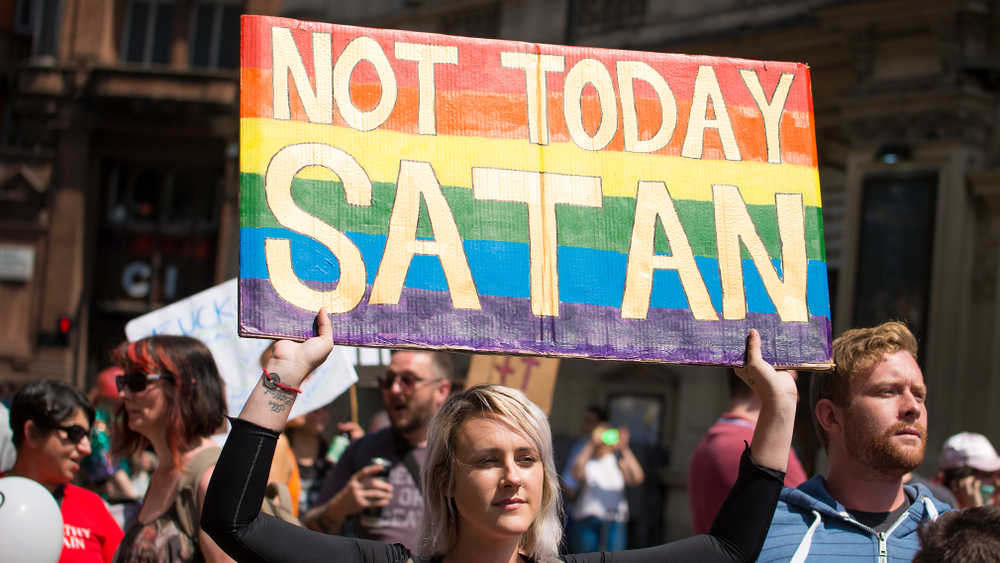 Anytime we accurately say that Trump is the most anti-LGBTQ president of all time, some commenter will claim that he can’t possibly be because he appointed Richard Grenell, a 52-year-old conservative and gay man, as the U.S. ambassador to Germany. (Because when you hire a gay person, it cancels out all your homophobia, apparently.)

But now those Trump-defenders will have a new person to point to: lesbian judicial nominee Mary Rowland. The U.S. Senate just approved the Trump judicial nominee for a seat on Illinois’ federal court.

To our relief, Rowland — who was rated as “highly qualified” for the job by The American Bar Association — isn’t likely to be an anti-LGBTQ homocon eager to do Trump’s bidding. The Washington Blade reports:

Although Rowland, 57, is a Trump nominee, her record contradicts the trend of his anti-LGBT appointments and includes work in LGBT advocacy. Rowland’s affiliation with LGBT legal groups includes being a member of the Lesbian & Gay Bar Association of Chicago and pro bono work for Lambda Legal.

During her confirmation hearing, Rowland wasn’t shy about referencing her spouse, Julie Justicz, and their two adult children.

But before you go and praise Trump for appointing a progressive lesbian, please remember that Trump has also packed the federal courts with 146 appointees who will interpret the law for decades to come. And some of these, like U.S. Circuit Judge Kyle Duncan of the U.S. Fifth Circuit Court of Appeals and U.S. District Judge Matthew Kacsmaryk think allowing trans kids to pee in public and forcing religious business owners to serve same sex couples should be against the law.

So while we’re happy to have Rowland, that doesn’t change all of Trump’s other anti-LGBTQ policies.