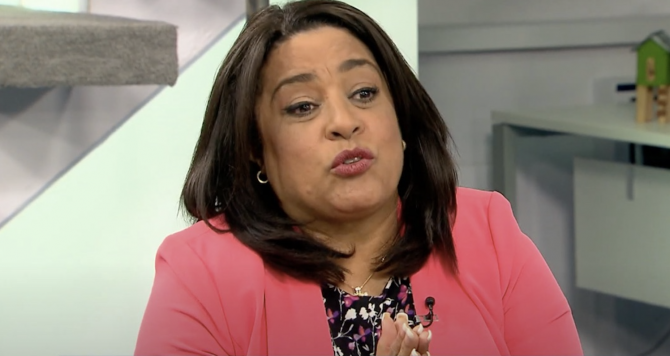 The Department of Justice (DOJ) has indicted a prominent Puerto Rican lawmaker, her husband, son, and assistant for their alleged participation in a years-long theft, bribery, and kickback scheme.

María Milagros Charbonier, better known as “Tata”, is a member of the Puerto Rican House of Representatives whose politics have been described as “extremely religious regressive.” After the Supreme Court recognized same sex marriage in 2015, she led an unsuccessful campaign to keep it illegal in Puerto Rico. Whenever a so-called “religious freedom” bill is moving through the House, Charbonier is sure to be one of the driving forces.

We admit it’s been a while since we read the whole bible, but we’re pretty sure enlisting your family and assistant in a scheme to steal from taxpayers has to break a commandment or two.

Charbonier is accused of inflating her assistant’s salary, paid for by the commonwealth, over several years. Her assistant would then provide a kickback to either Charbonier’s husband, Orlando Montes-Rivera, or adult son, Orlando Gabriel Montes-Charbonier.

Via a statement released by the DOJ:

In early 2017, Charbonier inflated her assistant Acevedo’s salary from $800 on a bi-weekly, after-tax basis to $2,100; this amount increased to nearly $2,900 by September 2019.  Out of every inflated paycheck, it was agreed that Acevedo would keep a portion, and kick back between $1,000 and $1,500 to Charbonier, Montes, and Montes-Charbonier.

Charbonier was also indicted for obstruction of justice.

More from the release:

After learning of the existence of the investigation into illegal activities in her office and after learning that a warrant had been obtained for one of her phones, Charbonier allegedly proceeded to delete certain data on the phone. In particular, Charbonier deleted nearly the entire call log, nearly all WhatsApp messages, and nearly all iMessages associated with this phone, the indictment alleges.