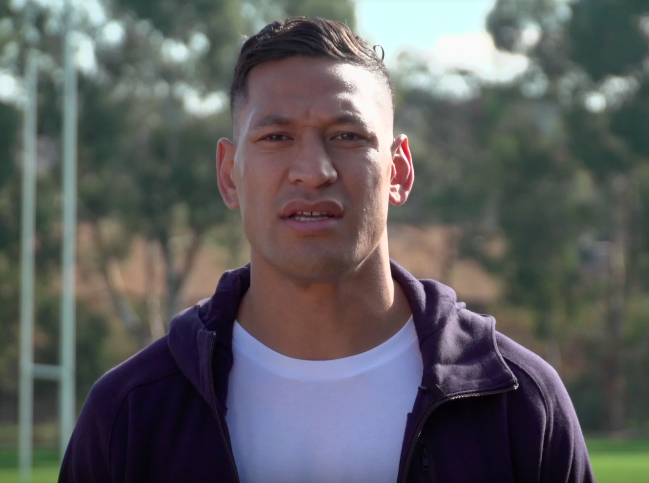 Disgraced Australian rugby star and Christian extremist Israel Folau is at it again.

In a sermon given at a church in Sydney over the weekend, the 30-year-old claimed the deadly brushfires burning across Australia are a direct result of gay people pissing off God. Specifically, he said it’s part of “God’s plan” to destroy Australia like Sodom and Gomorrah.

So far, the brushfires, which were started by a group of three teenagers, have killed a total of six people, destroyed 530 homes, an burned through almost 1.7 million hectares.

“In Australia, this past couple of weeks, with all the natural disasters, the bushfires and the droughts,” Folau preached. “God’s word says for a man and a woman to be together, one man and one woman in the covenant of marriage to be together.”

He continued: “Abortion, it’s OK now to murder, kill infants, unborn children. Look how rapid these bushfires, these droughts, all these things have come in a short period of time. Do you think it’s a coincidence or not?”

“God is speaking to you guys. Australia you need to repent and take these laws and turn it back to what is right by God.”

“He is a free citizen, he can say whatever he likes but that doesn’t mean he can’t have regard to the grievance [and] offense this would have caused to the people whose homes have burnt down,” Morrison told reporters.

Back in April, Folau’s contract with Rugby Australia was canceled after he posted a homophobic meme to Instagram warning that hell awaits all homosexuals. Folau has since filed a lawsuit seeking seeking an apology plus $10 million and his old job back.

Meanwhile, Rugby Australia continues to stand by its decision to fire Folau, saying he breached a players’ code of conduct. Prior to being sacked, he was one of the highest-paid athletes in the country.

Related: Homophobic rugby player asks fans for $3 million to cover his legal bills after being fired