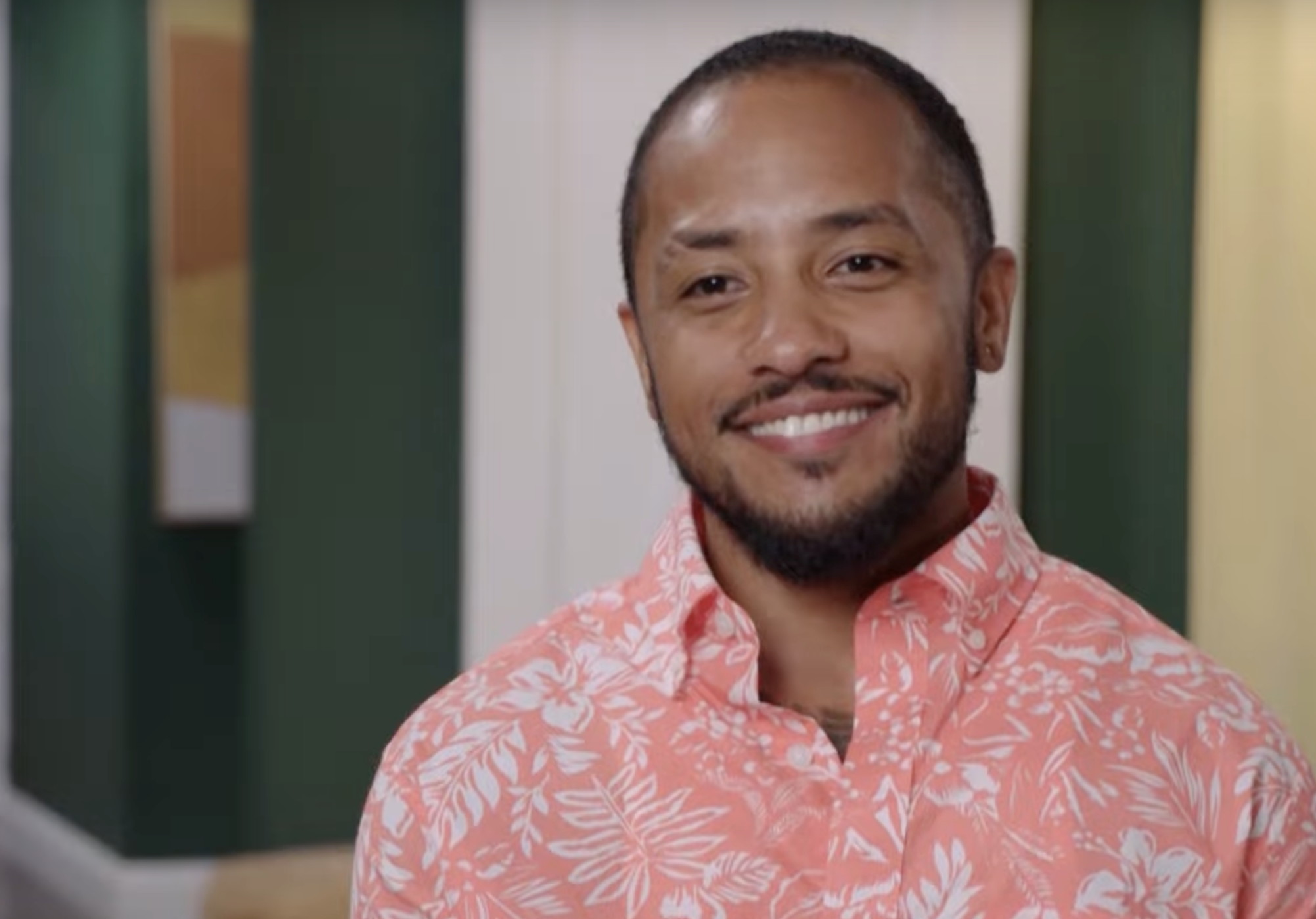 The fourth season of TLC’s 90 Day Fiancé: The Other Way premieres on Sunday, and with it comes an LGBTQ+ first for the series.

Gabriel Paboga, an apparel maker from Florida, will be starring in the new season alongside his Colombian partner, Isabel Posada. Based on the season four trailer, their arc will follow the tensions between Gabriel’s transness and Isabel’s family as the pair plan to wed in Colombia.

In a preseason interview, Gabriel sat down with Entertainment Tonight to talk about exactly what kind of apparel he makes.

He also dishes about how the two first met:

Gabriel’s business, GMPwear, is pre-packed, gender-affirming underwear for trans men. With accessible pricing and more styles than most of his pre-packed undie contemporaries (including some very cute jockstraps), he’s helping make the packing process easier for all.

He first conceived of the business after an incident years ago where his impromptu packer (read: a sock) fell out while swimming for all to see.

“I love the feedback that I get from customers,” he says. “A lot of people, they’ll write me saying, ‘I love your underwear so much. You’ve made me so much more confident.’ … I actually make a product that people wear on a regular basis.”

Related: 5 trans men to crush over in addition to Elliot Page

His business and his casting on 90 Day Fiancé are both strides towards transmasc visibility and acceptance in a country growing increasingly vocally hostile towards trans people of all kinds.

On top of the progressive strides he’s helping make, he’s looking great while making them.