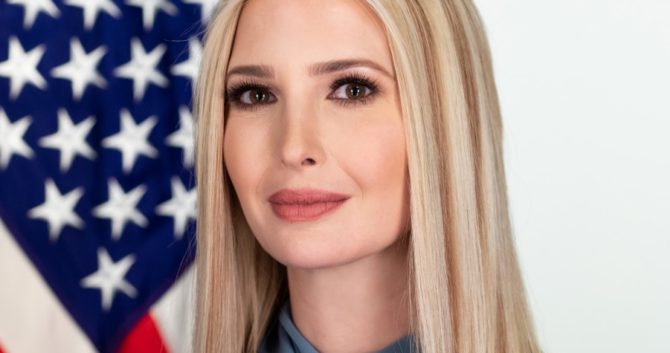 Vivica A. Fox just spilled some tea about Ivanka Trump to Andy Cohen.

During an appearance on For Real: The Story of Reality TV, the actress recalled a racist comment Ivanka made during her time on Celebrity Apprentice.

“I’ll never forget that when I did Celebrity Apprentice, and Ivanka Trump, she said, ‘Wow, you speak very well’,” Fox, who appeared on the reality show in 2015, told Cohen.

She went on to explain that the comment was directed herself, Keisha Knight-Pulliam, and Kenya Moore. But she doesn’t think Ivanka meant to be racist.

“I hate to say it, I don’t think she knew at the time that she was insulting us,” the actress said. “I really think that she thought she was complimenting us.”

“She was like, ‘Oh wow you guys are intelligent’,” Fox continued. “I’m going to say, when the show aired, Twitter went crazy, like, ‘What does she mean?'”

Of course, this is hardly the only time Ivanka has made a racial microaggression.

In August 2019, she tweeted about a horrific “inner city” playground massacre. What made the tweet especially weird is that the massacre was completely invented in her mind and never actually happened.

With 7 dead and 52 wounded near a playground in the Windy City- and little national outrage or media coverage- we mustn’t become numb to the violence faced by inner city communities every day.

Then, of course, there was her infamous Goya bean photo shoot from July 2020, in which she pandered to Latinos by holding up a can of black beans and tweeting in Spanish.

Oh, and then there was the gossipy tell-all article written by her former BFF and published in Vanity Fair that alleged she once turned up her nose at a necklace that had Arabic writing, saying, “It just screams, ‘terrorist’.”

Ivanka has not responded to Fox’s comments.