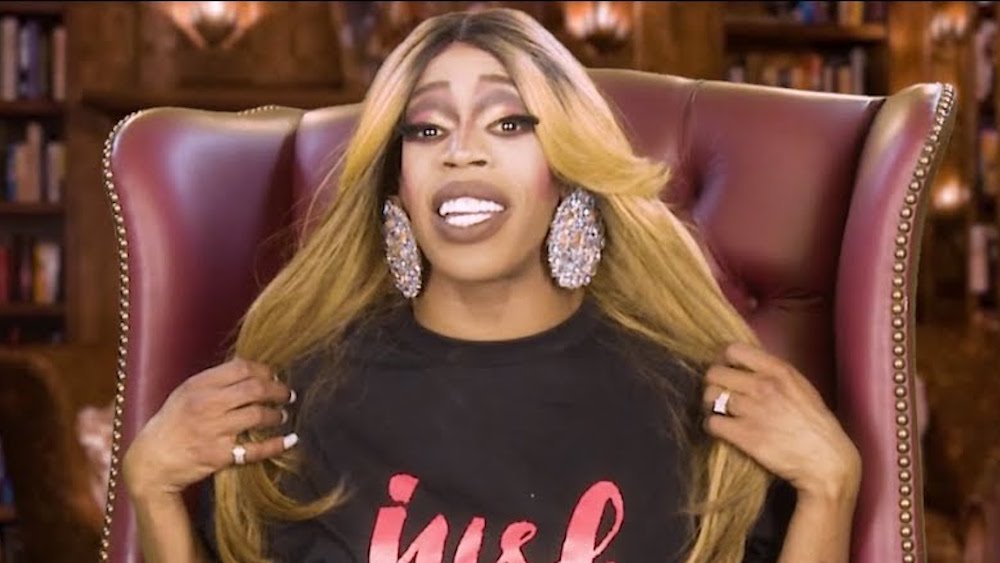 Apparently all the queens in the RuPaul’s Drag Race Holi-slay Spectacular weren’t filled with non-denominational Christmas cheer, according to co-star Jasmine Masters.

Masters, who spent most of the episode with her head literally wrapped in a gossamer bag, recently spilled tea about her frustration with two of her co-queens, Shangela Laquifa Wadley and Eureka O’Hara.

During the filming, Masters claims Wadley took her sweet time preparing for segments, often showing up late, much to Masters’ displeasure.

“Everything we had a call time on doing, Shangela’s a** was late,” Masters said. “And by that second day, I could not have no more of this girl showing up late … taking 45 minutes extra to get ready. My nerves could not take no more. I have sh*t to do.”

For one segment, Masters says, Wadley showed up more than 20 minutes late. When Masters confronted Wadley, Wadley was reportedly outside chit-chatting with producers and got defensive when Masters told her she wanted to finish filming to go have lunch.

Instead of waiting any longer, Masters packed up her things and left. (Dang, she must’ve been real hangry. Go get that burger, gurl!) Masters claims Wadley apologized to the other queens when she eventually showed up.

Wadley also reportedly called Masters to apologize, by Masters didn’t pick up the phone because, “When it comes to anyone wasting my time on b*llsh*t, I don’t handle that b*llsh*t politely.”

But wait: The tea gets even steamier.

Masters apparently “cussed out” Eureka O’Hara because O’Hara apparently needed a break after high kicking during one of their dance numbers. Whoa. Masters certainly got a little grinchy this holiday season.

Not that we blame her. She said the Holi-slay Spectacular was filmed over two 15-hour days, and she constantly felt rushed. And if you watched it, you know that no one (or rather everyone) ended up winning.

Oh well. The holidays stress lots of people out.

And in case you were wondering why Masters kept that phantasmagoric bag over her head for the entire second half of the show, it’s because her makeup melted underneath and she didn’t know the words to her lip-sync anyway (a la Valentina), so she dared not remove it, lest she reveal the lump of coal hiding under her creepy gift wrap.

Watch out though. We hear if you’re extra-shady this holiday, Mayhem Miller dressed as Krampus will come down your chimney to drag you and your entire family to filth.