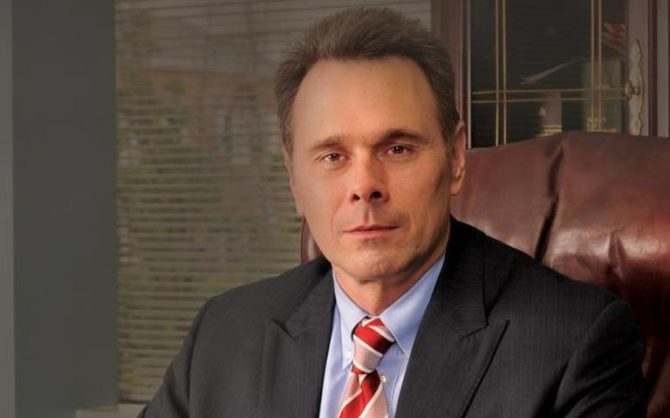 Judge Ron Duebbert is a circuit judge from St. Clair County, Illinois. He was elected to his seat less than a year ago and has already found himself wrapped up in heaps of drama.

Duebbert is accused of sexually assaulting a 25-year-old man last year, the Belleville News Democrat reports. The alleged incident happened in October 2016 while Duebbert was still running his private practice, before becoming a judge.

Realted: The “First Openly Gay” LAPD Officer Has Been Charged With Assaulting His Husband

According to the victim, whose name has not been released, he went into Duebbert’s office to discuss a felony case. While there, Duebbert propositioned him for sex and offered him a $100 discount for legal services if he performed oral sex on him.

“He then reached into my shorts, felt the side of my body and grabbed my penis through my underwear,” the victim wrote in the sworn affidavit. “I freaked out. I froze up for a second. I felt disgusted. I told him I’m not gay. Don’t touch me that way.”

Duebbert has declined to comment on the matter, other than to tell a local reporter that he believes the accusations are a calculated attack led by Democrats who are are trying to unseat him because he is a Republican and gay.

But this isn’t the first time he’s been accused of sexual misconduct.

In 1999, Duebbert was charged with battery in connection with an 18-year-old man’s allegation that Duebbert fondled him. The 18-year-old was in the St. Clair County Building to appear in court on a 1998 burglary charge. He alleged that Duebbert offered him a ride to his office in his Lexus, then fondled him inside the car.

Duebbert is currently on administrative leave after being accused of violating the rules of judicial conduct and potential obstruction of justice after making false statements about a murder suspect he once housed. Duebbert told reporters he was “only trying to help” the man.