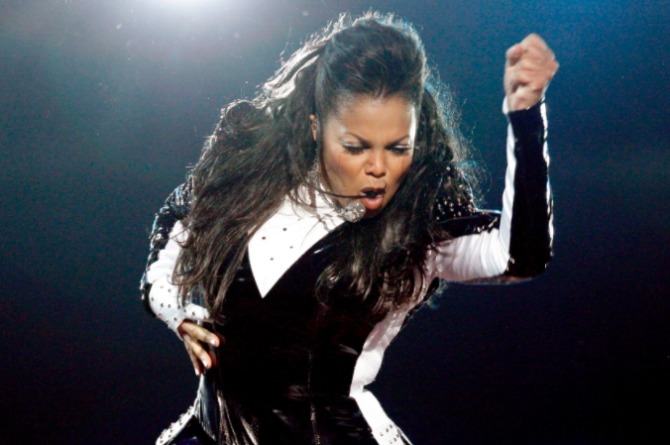 The Eagles may have clenched the Super Bowl trophy yesterday, but it was Janet Jackson who won the day.

To fully appreciate this story, we need to take a little trip down memory lane… In 2004, Justin and Janet performed together in the Super Bowl halftime show. At the end of their performance, Justin ripped off Janet’s bra, exposing her right breast to tens of millions of people around the world.

A backlash ensued. Her career was totally derailed. She was banned from the radio. MTV refused to play her videos. And she was hit with an onslaught of bad publicity. Meanwhile, he walked away from the whole thing largely unscathed and went on to release several more successful albums by (ironically) appropriating the music Jan’s older brother, Michael.

Cut to 14 years later. Janet seems to have moved on from the whole thing. She’s a billionaire with a newborn baby and her own record label, which she used to release her most recent (totally underappreciated) album, 2015’s Unbreakable. Her fans, on the other hand, have not. They’re still pissed at Justin for what he did, and rightfully so. He never really truly apologized to her, after all.

So as Timberlake prepared to take to the stage yesterday, #JusticeforJanet began trending on Twitter, with people all over the country throwing their support behind the 51-year-old pop icon:

One of these people is banned from the #SuperBowl, the other gets a platform to launch a comeback.

This is what sexist double standards look like!!! #JusticeForJanet pic.twitter.com/leP0pqz8He

He rips her bra but SHE pays the price. Why HER career hurt & not HIS? Women still blamed for men’s bad behavior. #TimesUp #JusticeforJanet https://t.co/nq9m0CHMnm

One example of 'white privilege ' is @jtimberlake being invited back to #superbowl while #JanetJackson was publicly blacklisted. And yet he never apologised for his part! #JanetJacksonAppreciationDay #JusticeforJanet

timberlake permanently damaged jackson’s career without so much as a fine. meanwhile, janet and CBS were fined $550,000. timberlake? nothing. no slap on the hand. #JusticeforJanet

he’s really performing the very song that resulted in years of shit for Janet Jackson after the 2004 performance. wow. Justin is fucking disgusting and DISRESPECTFUL. #JusticeforJanet #HalftimeShow

Even Bette Midler got in on the action:

Oh, the Superbowl, the Superbowl, it's just inescapable. So, how about some #JusticeforJanet, while we're talking about #SuperBowlLII ? Fourteen years is a a long time to wait for a real apology and a long time for a talented woman to be out in the cold.

Another hashtag that started trending was #JanetJacksonAppreciatonDay:

Just a reminder that Timberlake’s career did not suffer and Janet Jackson’s was derailed. #JanetJacksonAppreciationDay

TIL YOU DO RIGHT BY JANET, EVERYTHING YOU THINK ABOUT GONNA FAIL JUSTIN TIMBERLAKE. #JanetJacksonAppreciationDay pic.twitter.com/ijk89Djvw0

So, to add insult to injury, Justin Timberlake is performing Rock Your Body – the very song he performed when he exposed Janet Jackson's breast. Disgusting. #TimesUp #JanetJacksonAppreciationDay

Justin Timberlake totally disrespected & dismissed Prince when he was alive; yet, he includes footage of him in this halftime performance. This dude is the ultimate culture vulture and fake AF. #JanetsLegacyMatters #JanetJacksonAppreciationDay

You know who wouldn’t have tastelessly used #Prince in her #SuperBowl halftime show? #JanetJacksonAppreciationDay pic.twitter.com/CejknYAcqO

Stoked to see JT perform the halftime show. Though to be fair, it would be even better if Janet Jackson were there. Ya know. To rip his shirt off and accidentally ruin his career. #JanetJacksonAppreciationDay

This time, it was Laverne Cox who joined the pro-Janet brigade:

Living for #JanetJacksonAppreciationDay. we love you Miss Jackson. It's all for you. When we think of you nothing else seems to matter. Get us all together again in this Rhythm Nation. https://t.co/jJkXqSch3c

And then there were the memes…

Remember when Justin Timberlake placed all of the blame on Janet? #justiceforjanet #janetjackson #superbowl #timesup

A post shared by Brooklyn Brown-Sater (@therealbrookebrownsater) on Feb 5, 2018 at 5:40am PST

Sometimes, ladies and gentlemen, Karma can take a while to come back around. But, rest assured, she always keeps those receipts.

Related: The Internet’s Been Jamming Out To Janet Jackson’s “Nasty” Ever Since Trump’s “Nasty Woman” Comment

rain on her parade
12

rain on her parade
12