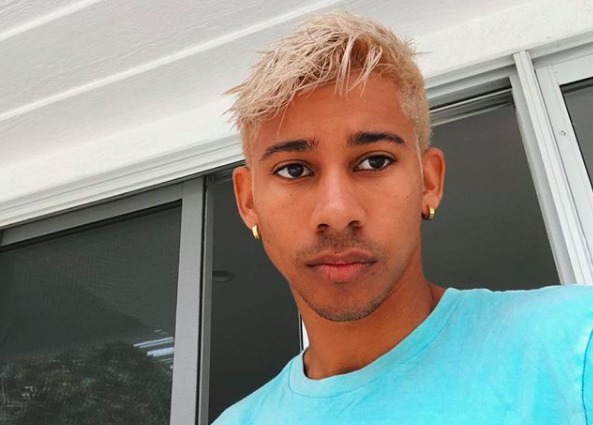 A word to the wise: Don’t come for Keiynan Lonsdale unless he calls for you.

Lonsdale recently wore a dress to the MTV Awards earlier this month, where he took home the award for Best Kiss for his liplock with Nick Robinson in Love, Simon. He also attended the GLAAD Media Awards dressed as a sexy pirate.

But not everyone is a fan of his recent fashion choices. One homophobic troll took to Twitter this week to express his disgust in Lonsdale’s attire.

The man tweeted: “dude you gotta stop wearing dresses..Come on!!!!”

To which The Flash star, who came out as bisexual last year, swiftly clapped back: “Dude you gotta stop tweeting me about it & just go try one on yourself. It’s only a piece of clothing & it’s fun ?”

Then he added: “Also allows the balls to breathe and therefore will chill ya out.”

Lonsdale’s followers were quick to have his back. One Twitter user replied: “omg we love a polite burn.”

“Keiynan I couldn’t care less what you wear,” another said. “As long as you’re comfortable that is all that matters.”

That’s when the original troll reared his ugly head again to say: ‘Funny enough 99% of pple who support u on the dress thing are girls.’

To which someone else replied, “Funny enough 100% of the the people don’t care what you think…”