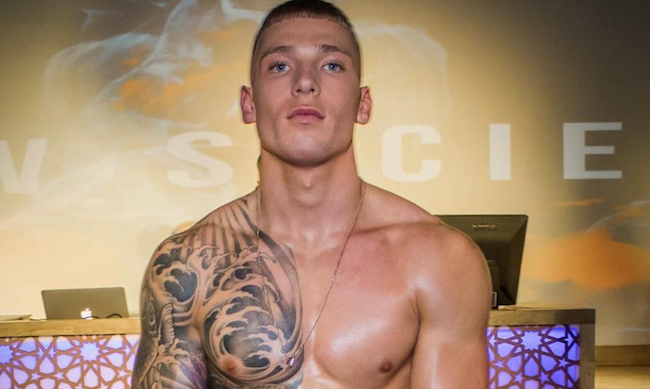 Did you miss him? Pop star Sam Smith is back in our lives with “Too Good at Goodbyes,” his first track in two years.

“This song is about me and about a relationship I was in,” he tells Beats1 DJ Zane Lowe. “What I’ve been through relationship-wise the last year has made me a lot stronger…and I feel like I’ve learned some lessons from it.”

Just how did Jay-Z’s mother Gloria Carter tell her son she was gay? Rather gracefully, it turns out.

“I just finally started telling [Jay-Z] who I was,” she tells D’USSE Friday.

“Besides your mother, this is the person that I am. This is the life that I live. So my son started actually tearing. ‘Cause he’s like, ‘That had to be a horrible life, ma’. I was like, ‘My life was never horrible. It was just different.’ So that made him want to do a song about it….I was never ashamed of me. In my family, it was something that was never discussed… I’m tired of all the mystery. I’m gonna give it to ‘em. I don’t have to worry about anybody wondering if I’m in the life or not, I’m gonna tell them. So now that I told you, what do you have to talk about? So now maybe you can focus on the phenomenal things I do, so focus on that… Now it’s time for me to be free.”

If you heard loud hosannas upon waking this morning, it’s probably because word’s gotten out that Mean Girls: The Musical finally has a premiere date: April 8, 2018.

“I tried to remember to stay at the core humanity of it,” Tina Fey tells EW, “which is the behavior that comes out of all of us sometimes out of jealousy or fear. The great thing about music is it lets you get in people’s heads and inside their emotional lives in a way that you can do with a tight close-up in movies, but it’s so much bigger and warmer.”

If you happen to be Brian Austin Green’s son, great news: He’s totally down if you want to wear a dress and probably strappy sandals, too.

“He’s four,” he says of his son Noah, who wears dresses, “and I’ve heard fro some people that they don’t agree. They don’t agree with him wearing dresses. To them I say, ‘I don’t care.'”

“He’s four and if he wants to wear it, then he wears it.”

He wooed you in Ex by the Beach, wowed you in his pornographic nude shoot for Fit Young Men, and now he’s basically going to wallop you in a new show called Bromans, which we reported earlier this week.

This would be a good time to catch up on all things Brandon — his various leaks (whoa), nude Snapchats (wowza), general naked moments (whoo-hoo!?), and wildly addictive Instagram account:

On the catwalk for @rawsociety_ denim launch at @mcrfashindustry – what a night ?

Get me back to hot weather and beaches ??

What you looking at ?? in my @rawsociety_ denim, these are different standard ?? #rawsociety

I don't really post studio shots but I wanted to just do a post saying that I always read everyone's comments and thankyou for everyone's support ??

Champy in our jacuzzi in the amazing Dom Ruinart Suite ???

I was a butler on valentines ? #nakedbutler