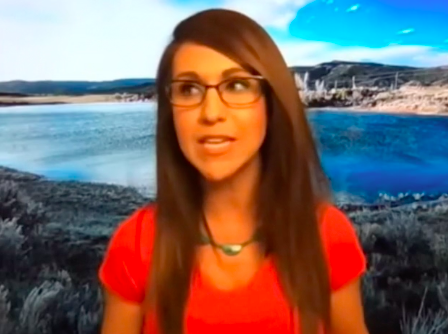 Rep. Lauren Boebert of Colorado sat down for a livestream interview with homophobic psycho pastor Andrew Wommack this week and it was about as vile and unimaginative as you might expect.

Wommack is the founder/president of the Truth & Liberty Coalition, an antigay hate group that claims to “educate, unify and mobilize believers in Jesus Christ to affect the reformation of nations.”

He opposes all things LGBTQ and once supported a law in Uganda that imposed the death penalty for what it called “aggravated homosexuality.” He also calls gay people “not normal” and says transgender equality is “demonic.”

Oh, and he says anyone who supports trans rights has been brainwashed by “a doctrine of the devil,” he thinks “homosexuality is hazardous to one’s health,” and he believes bans on conversion therapy are “demonic inspired.”

We could go on but we think you get the picture.

Anyway, Boebert went on this guy’s show to rail against Democrats and promote her 2022 reelection campaign.

Much of the interview was spent blabbing about how awful she thinks the Equality Act is because it would “fundamentally ends girls’ sports in America.”

Boebert also falsely claimed the bill would lead to “women getting in an MMA ring and having their skulls crushed by a man,” among other terrible things.

None of what she said, of course, is even remotely true. The Equality Act simply aims to make it illegal to discriminate against someone on the basis of sexual orientation or gender identity, not have women’s “skulls crushed” by men.