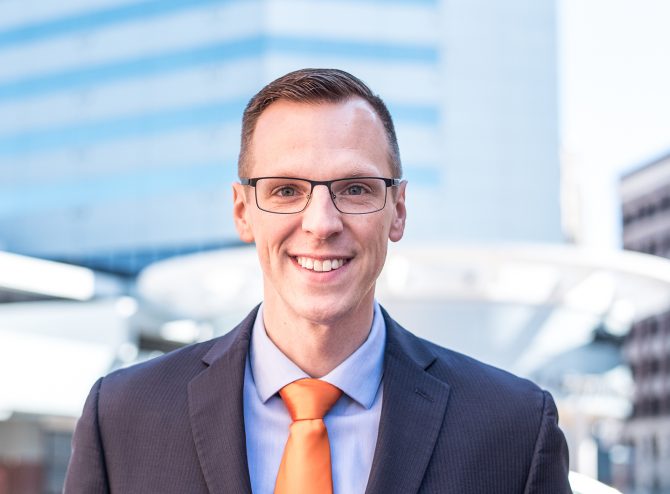 But long before being elected to state office in 2014, Hoadley kept a LiveJournal blog called “Rambling Politics,” where he wrote about stuff like doing meth, described his sexual partners as “victims,” and recounted a conversation he once had at a wedding about children… wearing thongs?

The blog remained online until just last week, right before Michigan’s Democratic Primary, when it was quietly deleted. But not before the New York Post read it and offered this summary of its contents:

In a post from May 2005, the state representative discussed going to a gay bar to “learn about crystal meth” and in a post several weeks later described his sexual partners as “victims.”

In a subsequent entry, Hoadley referred to women as “breeders” — a derogatory term used to refer to straight people or people who can have children — and called them “weird/bad dancers.”

… In one of the earliest entries from 2004, Hoadley shared a conversation with a friend about being a flower girl at a friend’s wedding and included a reference to a “four year old wearing a thong.”

Since the news broke, Hoadley’s opponents have wasted no time jumping on the story, hurling all sorts of homophobic insults his way, calling him gross, a “sick POS,” a pedophile, a pervert, and a “pedo sex creep.”

In a statement, Hoadley’s campaign dismissed the 15-year-old blog entries as “bad college poetry” that are now being crafted into a smear campaign by Republicans.

“Because of 150,000 deaths from COVID and a collapsing economy, Congressman Fred Upton’s chances of getting reelected are drowning so quickly that the Republicans have mistaken bad college poetry for a life preserver,” a campaign spokeswoman said.

In Hoadley’s defense, the blog posts, while troubling, were written when he was 21 and 22 years old, almost a full decade before he ever entered politics. And we all did stupid things in our early 20s that we later regretted. Plus, the blog posts have since been removed from the internet, so clearly they don’t represent who he is today.

Supporters have also been coming to Hoadley’s defense on Twitter.

I know this man personally and believe in him. What was mentioned in this article are clips and without the entire story, can easily be taken out of context. We have all said things that have been misinterpreted, so just stop. I happen to know that Jon is a great human…

In the years since writing the blog posts, Hoadley has become very involved in LGBTQ and progressive advocacy in his state, serving as executive director of the National Stonewall Democrats and on the Michigan Advisory Committee to the U.S. Commission on Civil Rights. He also served on the board of directors of CARES, a local HIV/AIDS organization, and he has been a champion for equal justice and civil rights for all.

Queerty reached out to Hoadley’s campaign for addition comment. We will update this post if we hear back.