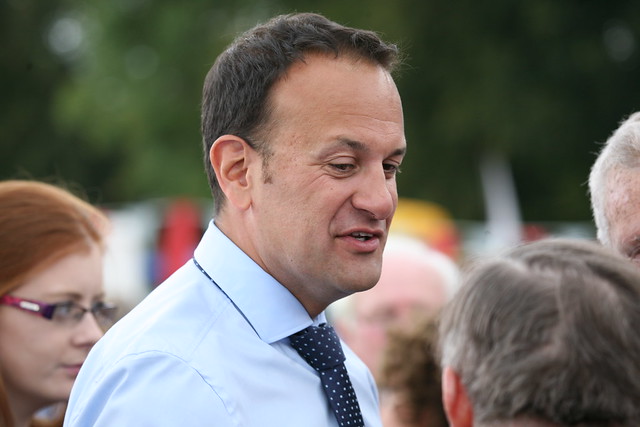 Leo Varadkar become Ireland’s first, and the world’s fourth, openly gay head of government when he was named Taoiseach in 2017. But being the leader of his country’s government doesn’t mean he’s exempt from bigotry.

Speaking to the Irish Sun, 40-year-old Varadkar is opening up for the first time about the homophobic abuse he’s suffered throughout his life and over the last few years especially.

While Varadkar says he’s thankful he’s never experienced any violence, he has been subjected to other forms of abuse, including being called antigay slurs and told to “go back to India” while walking down the street.

(For the record: Varadkar was born in Dublin. His father grew up in Mumbai.)

“It can certainly range from name-calling and things like that as you walk down the street or it can be the kind of stuff you can see for yourself online or it can be just the fact that people treat you differently,” he says.

Varadkar goes on to say that the abuse he’s experienced for being a double minority pales in comparison to what many others have suffered, however.

“I’ve done well,” he says. “I’ve very little to complain about, much less so than other people.”

“I don’t like to engage in complaining about it or any self pity because I think that’s disrespectful to those who’ve experienced the kind of racism that I could never imagine.”

Varadkar first spoke publicly about being gay during an interview on RTE Radio in 2015.

“It’s not something that defines me,” he said. “I’m not a half-Indian politician, or a doctor politician or a gay politician for that matter. It’s just part of who I am, it doesn’t define me, it is part of my character I suppose.”

Related: The parallels between Pete Buttigieg & Leo Varadkar are telling. And we don’t just mean age.