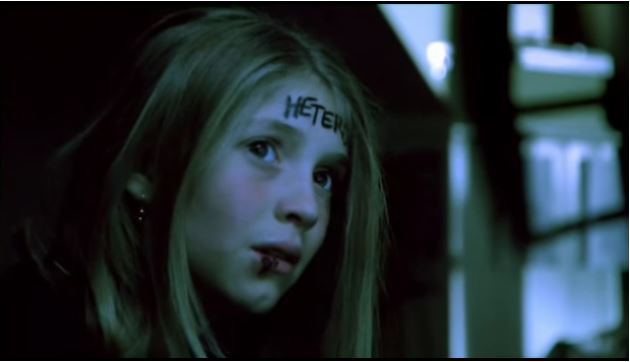 A teacher in North Carolina has returned to the classroom after being suspended for showing students an anti-bullying video.

Imagine if straight children were bullied the way LGBTQ kids are, what would that look like, and would it change how you view homophobia?

That question is at the center of the brilliant short film “Love is All You Need” by Kim Rocco Shields, made in 2012. The video has over four million views on YouTube, and ends with the bullied child slitting her wrists.

Kimberly Fernetti played the film for her class at North Lincoln High School, drawing complaints from several parents, who called the superintendent’s office.

Fernetti was suspended while school officials investigated the situation.

“I think it’s a great message to get out in the school,” one student told WSOC-TV. “I personally have dealt with bullying, so I think it’s good to get the point across that ‘Hey, it’s not OK to pick on somebody.'”

A family member of another student agreed.

“I don’t think it was vulgar or anything. I think it’s better to be aware and to know the possibility of what kids’ actions could do,” they said.

According to a new report from student advocacy group GLSEN, called “Teasing to Torment: School Climate Revisited,” LGBTQ students in middle and high school have lower grades, attend class less regularly, and are less likely to graduate as compared to their heterosexual and cisgender peers.

The bullying and harassment can have a lifelong emotional impact, the report found.

North Carolina has been at the center of the LGBTQ rights battle after passing a discriminatory law, House Bill 2 (HB2), which invalidated non-discrimination ordinances passed by cities and municipalities and requires transgender individuals to use the restrooms and locker rooms matching the gender on their birth certificate in government-owned buildings.

“Love is All You Need” also caused controversy in 2015, when a teacher in Kansas was forced out of his job after playing it, although he was later reinstated.

Watch the film below.