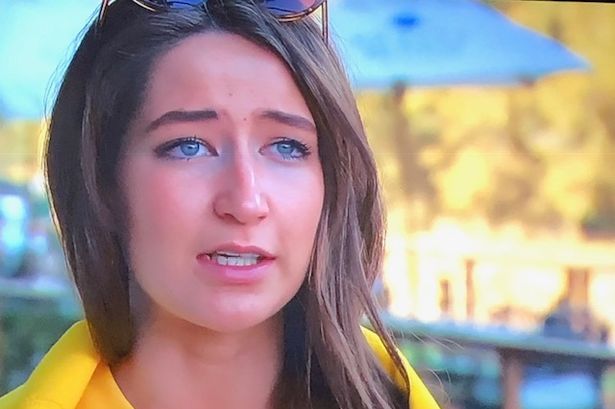 Lottie Lion is a librarian and current contestant on The Apprentice in the U.K. She recently came under fire for multiple racist, homophobic, and transphobic remarks she made both on the show and behind-the-scenes. And while she admits to saying them, she denies being a bigot.

In a recent interview with The Sun, the 20-year-old was asked about allegations she referred to two of her Apprentice co-stars as “the short gay one” and “the tall gay one.”

“It wasn’t derogatory whatsoever,” explained Lion. “It certainly wasn’t me who started that name. Of course, I called them that, because we all did.”

So because everybody else called them demeaning nicknames, that makes it OK for her to do so as well. Got it.

“If they had a problem with being called ‘the short gay one’ and ‘the tall gay one’ they would have had issues with everybody,” Lion continued, “not just me.”

Lion was also asked about reports that she didn’t think trans women should be allowed to join her countryside ladies’ club.

“I said they would absolutely be able to put in an application,” she clarified, “but I will judge them based on the criteria every other woman has to meet.”

Asked pointblank if she’s transphobic and Lion said no. Absolutely not. No way. How could she be when she’s such a huge fan of Caitlyn Jenner?

“Absolutely not, absolutely no problem. In fact, I’m rooting for Caitlyn Jenner currently on I’m A Celebrity,” she said.

And then there were the racist remarks.

Earlier this year, Lion told her ­Pakistani costar to “Shut up, Gandhi” in a leaked group text. She claims the remark was made in jest and wasn’t meant to be racist.

She continues, “I have got a good friend here who is Black. I’ve also dated a Black chap, he’s in the Marines. And I have absolutely ­nothing against their culture or the color of their skin.”

Lion believes the vitriol she’s now facing is because she’s a “strong conservative woman” and that if she wasn’t white, she could “pull the race card” and people would feel sorry for her instead of hating her.

“If I wasn’t a white conservative woman I could potentially pull the race card and say I’ve been victimized,” Lion gripes. “But because I’m so socially mainstream I’m the easy one to say, ‘She’s the nasty character, we’ll make her the one everybody hates.’”

Related: Is Sophia Hutchins actually Caitlyn Jenner’s girlfriend or not? Here’s the truth…