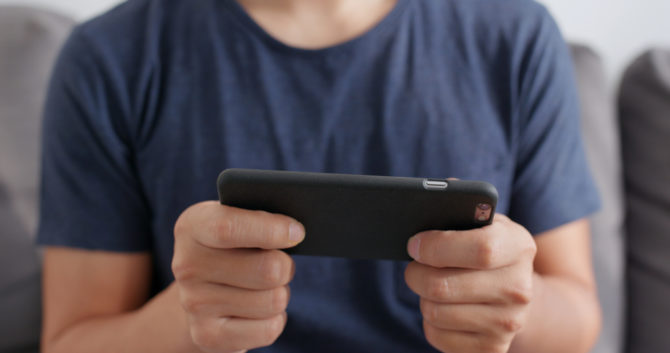 A Washington man is charged with blackmailing several victims he met on a gay dating app, threatening to expose them to their friends and family if they didn’t sent him more x-rated videos.

22-year-old Christopher Malik “CJ” Longmire is accused of exchanging messages and photos with various men, then sending them screenshots indicating he had located their families and demanding they send him x-rated photos and videos of specific sex acts or be exposed.

This isn’t the first time Longmire has engaged in bad online behavior either.

In 2010, when he was just 14-years-old, he threatened to out a classmate if he didn’t send photos of himself performing specific sex acts. He later pleaded guilty in juvenile court to cyberstalking with sexual motivation and was sentenced to three days in juvenile detention.

When asked why he did it, Longwire simply replied, “Because.”

A year later, he was sentenced to a year in detention for stalking a classmate by leaving letters at his house describing sex acts. “I’m in love with you,” one of the notes read, “and I’ll do what it takes to be with you.”

And in 2014, he was convicted and put on a sex offender registry for posing as a female to collect nude photos from a male classmate, then using those photos to create profiles on several gay dating sites.

Longwire has pleaded not guilty to three counts of second-degree extortion with sexual motivation in connection to the most recent allegations. After police searched his computer, he was also charged with possessing child pornography unrelated to the blackmail scheme.