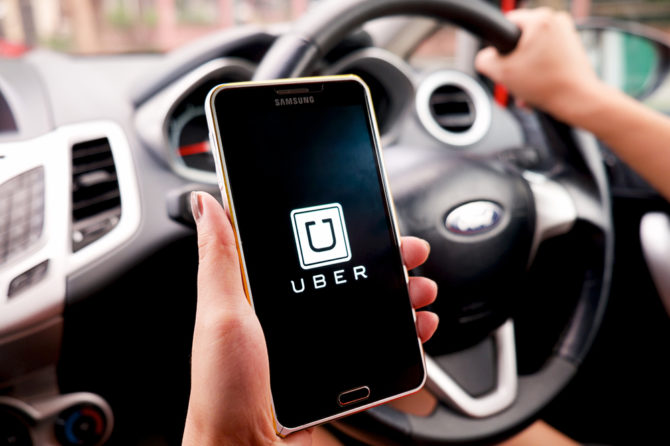 This sounds like the premise of a Lifetime movie… A man says he feels totally “violated” after his Uber driver sent him a “creepy text” message asking for oral sex.

“I noticed that the Uber driver kept looking back at me in his rear-view mirror, but I didn’t think much of it at the time,” Pavlovski, who owns a hair salon in Perth, recalls to local media.

After pulling up to Pavlovski’s house, he says the driver parked in his driveway.

“After dropping me off, I was about to get out the car and the driver stopped me and asked me what my name was, to confirm that I was the one who had request the Uber,” he says.

Related: ‘Drag Race’ queen’s story about a fatal Uber crash may have been made up

“I thought it was a little odd. Then when I began walking up to my front door, I noticed that he just stayed parked in my driveway and was staring at me as I entered my home. I thought that was quite weird.”

Once he got inside, Pavlovski noticed he had a text message. It was from the driver who was still sitting in his driveway.

“If you like giving blow jobs,” the message read, along with the man’s cellphone number. 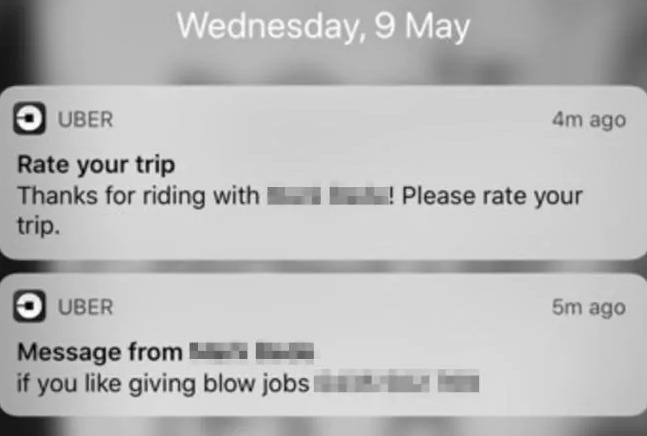 “I couldn’t believe what I was seeing,” he says. “It just made me feel violated and gross. The whole thing was really creepy. The worst part is that he knows where I live now, which makes me feel really uncomfortable.”

He contacted Uber, which says it is now investigating the incident.

“Under no circumstances should an [Uber] partner behave or treat you in a way that you feel unsafe or uncomfortable,” the company told him. “Uber is committed to safety connecting riders and partners, and we take reports like this seriously.”

“I am openly gay, but that should never be an invitation,” Pavlovski says. “I don’t know why he thought he could get away with this.”

He continues, “There is a bit of stigma around sexual harassment and abuse towards men. I sometimes feel like it’s not taken as seriously. I’m OK and I can deal with it, but I know for a lot of people, this kind of thing would have a huge impact.”

Related: Robbie Turner breaks her silence about that “fatal Uber crash” and… wow.