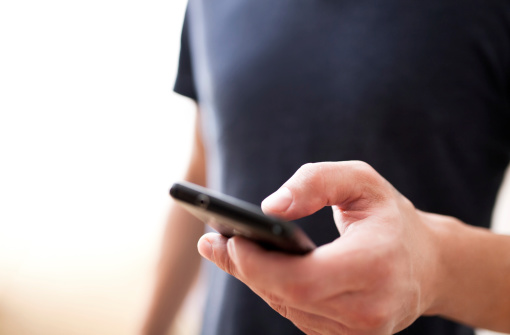 How many hours a day do you spend on hookup apps? And how much time is too much time? That’s what one U.K. man wants to know.

“I am an out gay man living in an urban area,” he writes in a new confessional published by the Guardian. “I spend hours and hours online looking at hook-up ads on my phone. In addition, I hook up a lot. It is wonderful and awful in equal measure.”

The man continues: “I’m sure this is a challenge for a lot of other people, too. Society has rarely had so many people with so many sexual opportunities in a short span of time. Any thoughts on how I should handle this time-wasting distraction?”

According to Dr. Greg Carson, a psychologist based in Los Angeles, becoming addicted to hookup apps isn’t all that unusual. In a recent article, he compared carrying a cellphone to having casino slot machine in your pocket that “continually [begs] for your attention with buzzes, dings and flashes.”

“Dating apps are the worst,” he continues. “Much like the more generic slot machines of Facebook, Instagram and Snapchat, dating apps give you unpredictable reinforcements like woofs, unlocks, and matches—and lots of ‘Hey’ and ‘Sup.’ But unlike those other platforms, dating apps center around one primary goal: sex.”

Which is precisely what makes them all the more enticing.

So what can be done about this? The answer: Not much. At least according to Carson. Sure, you could delete your Grindr and SCRUFF accounts, but you’ll probably just download then again a week later.

“I’m not saying you need to enter rehab or give up apps altogether,” Dr. Carson writes, “but I am saying you might want to wake up to the fact that you’re less in charge of your obsession with that little brick in your pocket than you think. It’s hijacking your brain.”

How much time per day do you spend on hookup apps? Take our poll below…