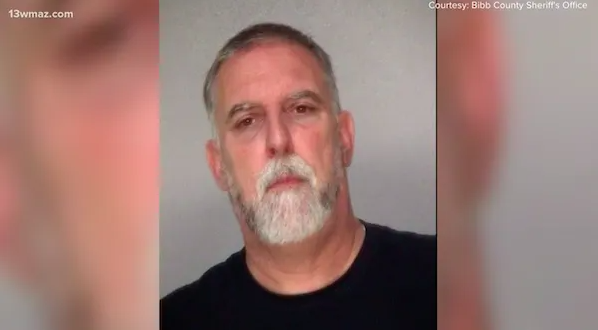 A youth pastor from Georgia has been arrested after allegedly lying about being kidnapped outside a rural drug store in an effort to cover up an attempted rendezvous with a male prostitute at a budget motel.

Christopher Keys is, er, was the youth pastor at the Wesleyan Drive Baptist Church in Macon, Georgia, and a teacher at Tattnall Square Academy, a private Christian school.

According to his since-deleted church bio, he is “a people person” who loves “to teach young people the truths of the Bible” and who has been faithfully married to his wife, Jennie, for 20 years.

Last week, folks in Keys’ community became very concerned after their beloved youth pastor said he had been kidnapped by two Black men outside a CVS, driven to the motel, and robbed.

After Keys’ neighbor posted the harrowing tale to Facebook, where it was shared almost 800 times by friends and neighbors, a local media outlet investigated the story. 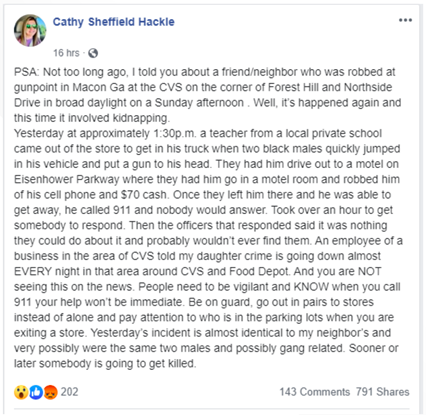 TV news station 13-WMAZ quickly learned through publicly available police records that Keys had made the whole thing up.

Sgt. Linda Howard of the Bibb County Sheriff’s Office confirmed that Keys was never kidnapped by two Black men outside the CVS and that he was actually robbed by two masked assailants inside a room at the Regency Inn motel while soliciting a male prostitute.

According to police, Keys connected with the man on Craigslist and the two arranged to meet at the Regency Inn & Suites last Tuesday, where Keys is reported to be a frequent customer.

After checking into the room, Keys went to answer a knock at the door. That’s when he was confronted by two masked men, one of whom was armed. The men demanded he hand over wallet, cellphone, and keys.

After the assailants left, Keys called the cops and told them everything. He also said that “he liked to play around and was married to a woman,” and that he didn’t want his family to know about any of this, so he planned on lying to them and saying he was kidnapped.

Two days later, he was arrested and charged with solicitation of sodomy, which is still considered a misdemeanor in the state of Georgia, despite the U.S. Supreme Court striking down sodomy laws in 2003.

Ironically, the whole thing probably would have remained under wraps had Keys not gone around telling everyone he’d been kidnapped by two Black guys, causing everyone in the neighborhood to panic.

Since the story broke, a spokesperson for Tattnall Square Academy told WXGA-TV Keys is no longer working there.

“We have no comment or information regarding the matter about which he is accused,” the spokesperson said.

He has also been removed from the Wesleyan Drive Baptist Church’s website.

Police say they are still searching for the suspects, who made off with Keys’ wallet, cell phone, and keys. His cell phone has since been recovered in the parking lot of a local Walmart.