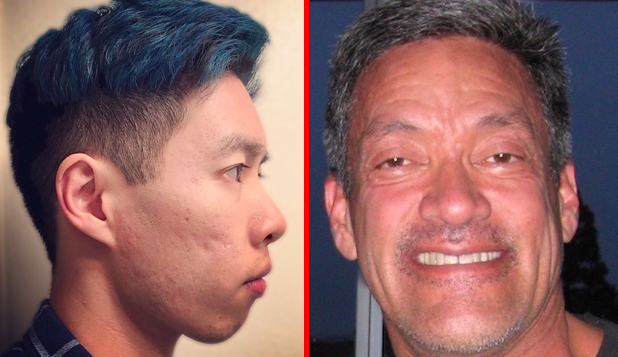 This just in: The mayor of West Hollywood is a racist.

It all started earlier this month when John Duran, who, in addition to being West Hollywood’s mayor is also a longtime board chairman of the Gay Men’s Chorus of Los Angeles, was accused of sexual misconduct by several men belonging to the chorus.

The Los Angeles Times interviewed three current and former chorus members who said Duran behaved inappropriately towards them. They say when they reported the actions to the chorus membership committee, leadership sat on their hands.

One chorus member, 23-year-old Jason Tong said he quit the chorus after Duran allegedly slipped his hand inside the waistband of his underwear before a show, which Tong says was “a traumatic and shocking experience.”

Duran has denied the allegations, along with a slew of other sexual misconduct allegations lodged against him by members of the City Council.

When asked about Tong in an interview with WeHo Times, 59-year-old Duran said he’d “never heard of him” prior to the complaint.

“I looked him up on Facebook and, of course, he’s a skinny Korean kid with pimples on his cheek,” he said. “Look at this guy. It’s just not happening. It’s not credible.”

API Equality-LA, an Asian and Pacific Islander LGBTQ rights organization, quickly put out a statement condemning Duran for “victim-blaming and racist statements,” adding,  “Asian men have long been discriminated against in gay communities.”

Asian men have long been discriminated against in gay communities; for example, gay clubs in West Hollywood used to require three forms of photo identification from anyone they perceived as Asian. This anti-Asian racism continues today in the form of sexual discrimination, racial discrimination and lack of representation of queer and trans APIs within the broader LGBTQ community.

Meanwhile, Tong said he felt he was being “body shamed” by the mayor, but that it was nothing new for him since, “like every skinny, queer person of color who happens to be relatively young, it’s not like I haven’t been victimized like this before.”

Many are now calling for Duran, who has been an elected member of the City Council since 2001, to resign. But, so far, he is refusing. He tells the Los Angeles Times he’s just “bawdy” and if people have a problem with that, too bad.

“There’s a culture clash going on,” Duran says. “If somebody expresses himself or herself sexually, that doesn’t make it harassment, per se. People are thinking that anything sexual is harassment because somebody feels it is unwelcome, but you have to open your mouth and say, ‘No, I don’t want this.’”

Meanwhile, Tong tells the paper he doesn’t buy Duran trying to blame generational differences on how he behaves and that he “knows lots of older gay men who definitely understand the idea of consent.”

Related: Allegations of sexual misconduct at the Gay Men’s Chorus of Los Angeles