Even though Steve Schmidt served as a strategist in the George W. Bush administration and ran John McCain’s 2008 presidential campaign, he has always been a party renegade on gay issues. Schmidt, who has a lesbian sister, has been a long-time supporter of marriage equality, longer in fact than many Democrats. So it’s no surprise that the ACLU has hired Schmidt as part of a new initiative on marriage equality. The goal: ensure that all 50 states legalize same-sex marriages. The ACLU is putting $10 million into the new initiative, which will last for four years.

“The issue of marriage equality is the Republican Party’s best chance to stand on the right side of history, create a meaningful legacy of fairness, and maintain relevance with young voters,” Schmidt said. Because the fight will now be at the state level, having a GOP consultant on hand will be important.  However, the states that the ACLU cites as ones that it is likely to take on–Illinois, Oregon, Hawaii, and New Mexico–all have Democratic-controlled legislatures. Also, telling Repubilcans that you’re there from the ACLU isn’t probably the best calling card, given conservative hatred of the organization. Working for John McCain isn’t exactly a positive either, since many conservatives felt he wasn’t conservative enough. Still, Schmidt is a savvy, inside-the-Beltway operator well liked by the media who has the potential to influence other Republicans.

If Schmidt’s hiring is a smart move, the ACLU managed to negate it by hiring Jimmy LaSalvia, the former head of GOProud. LaSalvia was hired “to do outreach to gay conservatives, particularly within the Tea Party,” which is pretty rich given that the GOProud couldn’t even get an invitation to the  big Conservative Political Action Conference. Moreover, GOProud only formally got around to endorsing marriage equality this year, or four years after Schmidt did. LaSalvia left GOProud in April with an inglorious track record. Now he gets to add to it. 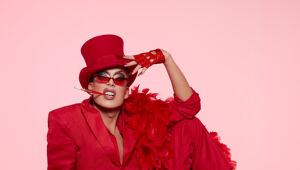