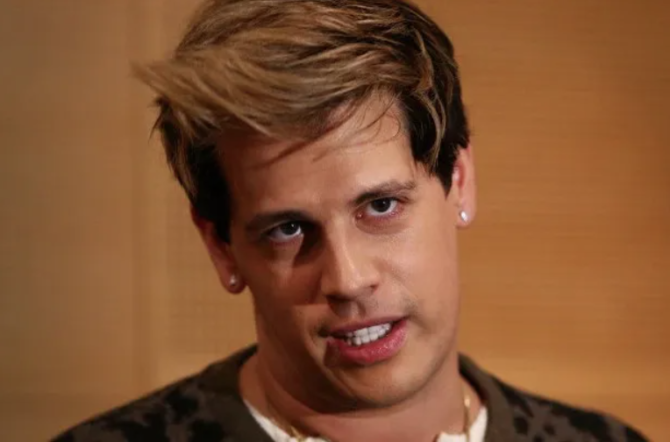 Right-wing troll Milo Yinnopoulos has crawled out from obscurity to declare that he now identifies as “ex-gay” and is committed to advocating on behalf of the conversion therapy movement.

“I was never wholly at home in the gay lifestyle — Who is? Who could be?” he said in an interview with the very Christian and very homophobic LifeSiteNews. “[I] only leaned heavily into it in public because it drove liberals crazy to see a handsome, charismatic, intelligent gay man riotously celebrating conservative principles.”

In an interview so absurd we had to double-check it wasn’t satire, Yinnopoulos casts himself as a martyr who’s fully committed to living a gay-free life.

Here’s how he describes it:

I’ve always thought of myself as a Jack Bauer sort of figure — the guy who does the hideous, inexcusable things no one else can stomach, without which the Republic will fall. I know that means my name will always be cursed, and I’ll always be a scorned outsider, so the temptation is to throw out any consideration of living well or truthfully. But even Jack Bauer has to confront his maker sooner or later.

“But wait, isn’t he married to a man?” you might be asking but probably aren’t as it would require having remembered anything about him.

Yes, he is. And his new ex-gay status has really shaken up his home life.

“The guy I live with has been demoted to housemate,” he explains, “which hasn’t been easy for either of us. It helps that I can still just about afford to keep him in Givenchy and a new Porsche every year. Could be worse for him, I guess.”

The cherry on top of this turd sundae is Yinnopoulos’ vow to “help rehabilitate what the media calls ‘conversion therapy,'” “given [his] new spiritual preoccupations.”

And here we thought we couldn’t like him any less.