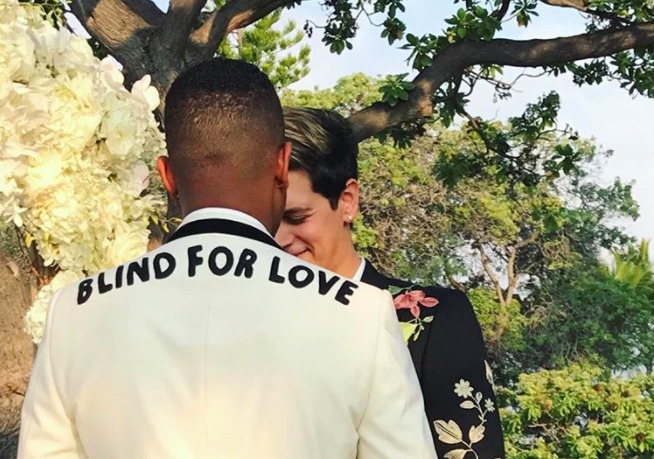 Milo Yiannopoulos is apparently off the market. Shucks, right?

The alt-right/hate monger/all-around bad person claims to have married a mystery man over the weekend. On Saturday, he posted photos of the ceremony that allegedly took place at the Four Seasons Resort Hualalai on the big island of Hawaii.

Related: Milo Yiannopoulos says his Miami home has been destroyed by Hurricane Irma

The name of Milo’s new groom—or even what he looks like—remains a mystery. (He was cropped out of every photo Milo shared.) If you’re surprised that seemingly racist Yinnapoulos married a black man, don’t be. In that past, he’s said he has a “very anti-white bedroom policy” and that “I like black guys for my love life.”

Do you care? Us neither. But we’re loving the Twitter response to the news.

Check out what people are saying…

who the fuck hates them self enough to marry milo yiannopoulos https://t.co/co3ARsS6MA

Funny old world where I can't even catch a dick yet Milo Yiannopoulos can get married without even growing out those ghastly frosted tips pic.twitter.com/5pmFLScAqm

so milo yiannopoulos does know his husband is black, right?

So Milo Yiannopoulos a bigot who rails against the left got married to a black man in Hawaii. There is so much IRONY in that. Soooooo much

It just hit me again Milo Yiannopoulos is married and I'm still only being hollered at by 40 yo men who look like Scooby villains. pic.twitter.com/Vkd5Eu0Y5O

It seems Milo Yiannopoulos is getting married (probably so he can avoid getting deported.) An anchor boyfriend, if you will. pic.twitter.com/OaMxsuPdzW

Related: The awesomely fast decline and fall of Milo Yiannopolous